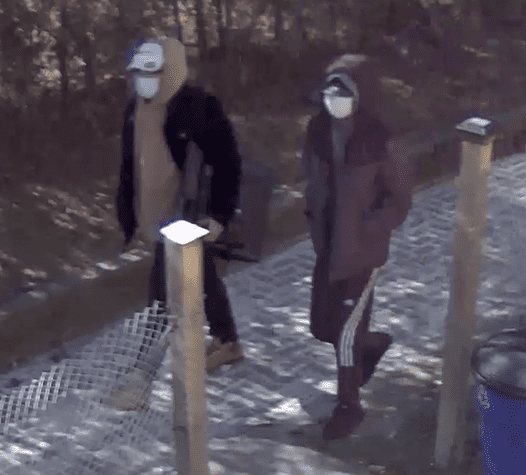 Durham Region Police are asking the public for help identifying to suspects in an arson investigation.

Police and Firefighters responded to a fire at 1520 Birchcliffe Avenue in Oshawa on March 5, 2021. After Oshawa Fire Services doused the blaze, a Fire Marshal investigation concluded the fire was by an arsonist.

A resulting police investigation found video footage of two suspects leaving the building just before smoke became visible. Both suspects are believed to be men.