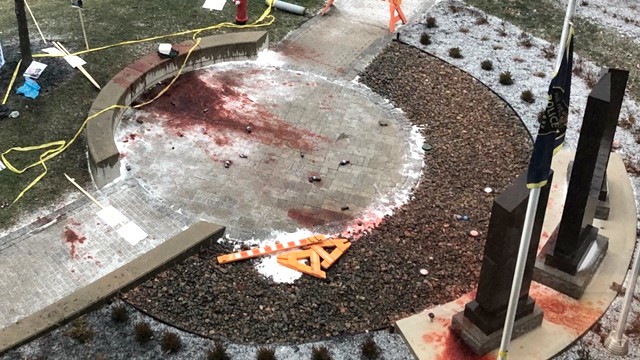 Investigators from the 11 Division Criminal Investigations Bureau in Peel have arrested one individual for Mischief Over $5000 as a result of defacing a Police Memorial Monument in Mississauga.

On Saturday, December 19, 2020, at 2:00 p.m., a group of protestors representing the Malton People’s Movement attended Peel Regional Police Headquarters, located at 7150 Mississauga Road, to participate in a public demonstration.

The protest quickly turned confrontational and aggressive in nature where participants were verbally abusive towards officers assigned specifically to keep the peace.

The demonstration escalated to the point where several individuals threw paint at the Peel Regional Police Memorial Monument and the surrounding grounds, defacing the memorial significantly. This monument, similar to others across our country, memorializes those who have paid the ultimate sacrifice and have been killed on duty.

A 24-year-old, female from Mississauga was charged with Mischief Over $5000. She was released and is scheduled to attend the Ontario Court of Justice on February 19, 2021, in the City of Brampton.

The investigation continues, and it is expected that additional charges will be forthcoming. 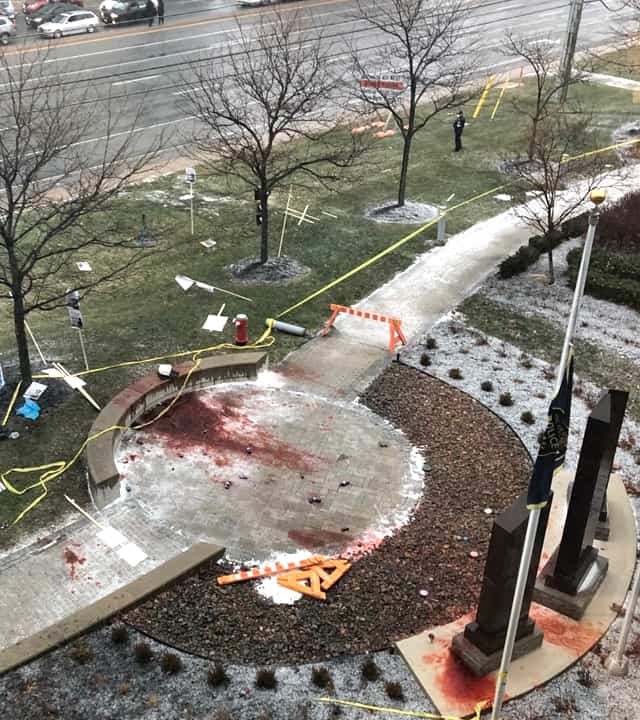 Peel Police believe that further protests will take place today and in the future. Those who participate in these demonstrations should know that any other property damage, or any violence or threats against Peel Regional Police officers, will be dealt with swiftly, and to the fullest extent.