Police Make Arrest in Connection with Car Torching in Mississauga 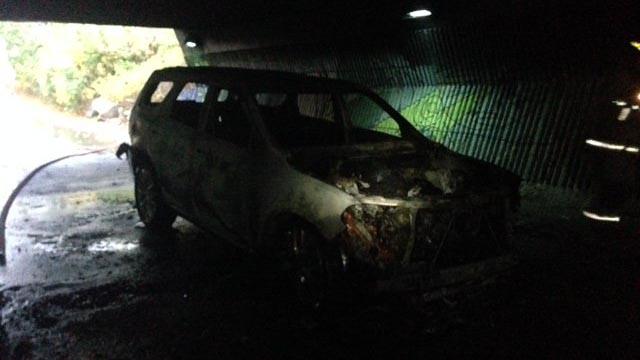 Peel police recently announced that they’ve made an arrest in connection with a car chase and torching incident that occurred over the weekend in Brampton and Mississauga.

On Oct. 28 at approximately 9:20 p.m., 22 Division officers were alerted to the presence of a vehicle in the Brampton police station’s parking lot. Investigation revealed that the vehicle was stolen and when officers approached it, the suspect drove forwards, prompting police to discharge a single round at the driver (he was not struck).

The vehicle fled the parking lot and officers chased it for a short time before calling off the pursuit due to safety concerns.

On Oct. 29, police located the vehicle, a 2016 white Dodge Durango, on a pedestrian walkway in the Meadowvale Town Centre area in Mississauga.

The car had been set on fire.

On Oct. 30, police arrested 28-year-old Mississauga man Umair Butt. He has been charged with possession of property obtained by crime, dangerous operation of a motor vehicle, arson and flight from police.

Butt was held for a bail hearing on Oct. 31, 2016 at the Ontario Court of Justice in Brampton.

Anyone with information regarding this incident is asked to contact investigators with the Criminal Investigation Bureau at (905) 453-2121, ext. 2233. Information may also be left anonymously by calling Peel Crime Stoppers at 1-800-222-TIPS (8477), by visiting www.peelcrimestoppers.ca or by sending a text message to CRIMES (274637) with the word ‘PEEL’ and then your tip.