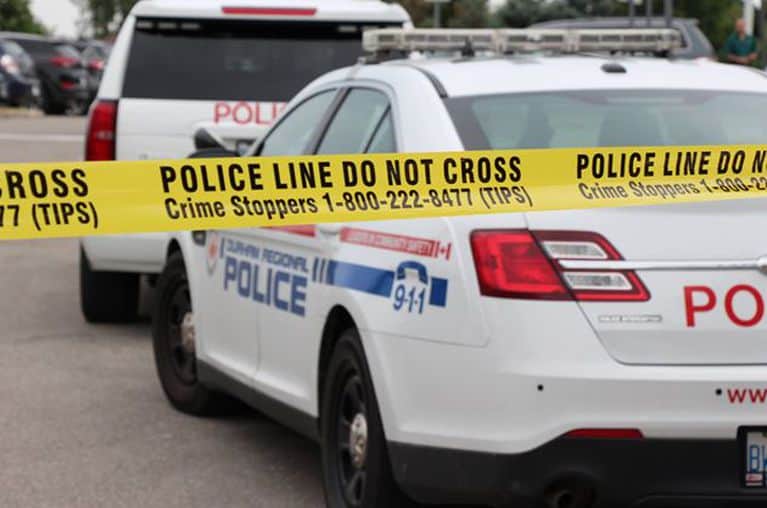 Durham Police are on the hunt for three suspects after a pharmacy robbery in Pickering Monday afternoon.

West Division officers responded to a robbery in progress at the Altona Medical Centre on Altona Road around 4 p.m. Police say two men and a woman entered the store and demanded narcotics.  One of the suspects was armed with a knife. The suspects fled on foot with a quantity of narcotics and cash.

The suspects wore dark clothing, but no other suspect descriptors are available at this time.