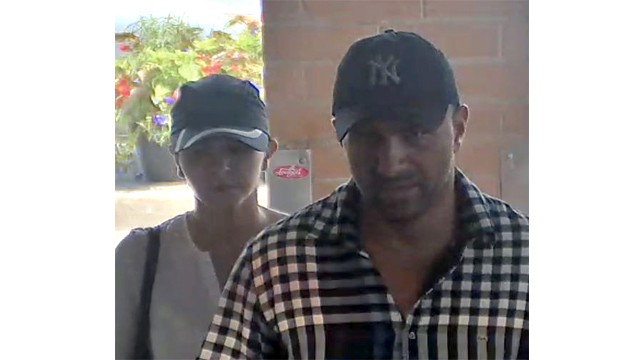 Police are appealing to the public for help in identifying two suspects that are thought to be targeting senior citizens.

According to a recent QEW South Post article, some disturbing reports about a man and woman stealing wallets from seniors shopping at grocery stores in Erin Mills and Meadowvale have surfaced.

The Post reports that the most recent incident happened on May 20 around 12:25 p.m. According to the article, a 73-year-old man and his wife were shopping at the Longo’s on Glen Erin Drive and Thomas St. when the suspects snatched his wallet as he was placing his groceries on his bike. Store surveillance footage shows the suspects following the couple inside and taking note of their PIN codes during checkout.

Police believe the suspects are connected to a similar previous incident.

According to the  QEW South Post, the male suspect is white with a medium build and is thought to be between 25 and 30 years old. He has short dark brown hair, a short beard, and was seen wearing a black Yankees cap with a black and white checkered button down shirt. The female suspect, also white, is 25 with a medium build. She was seen wearing a dark cap with a white stripe, white shirt, and was carrying a purse.