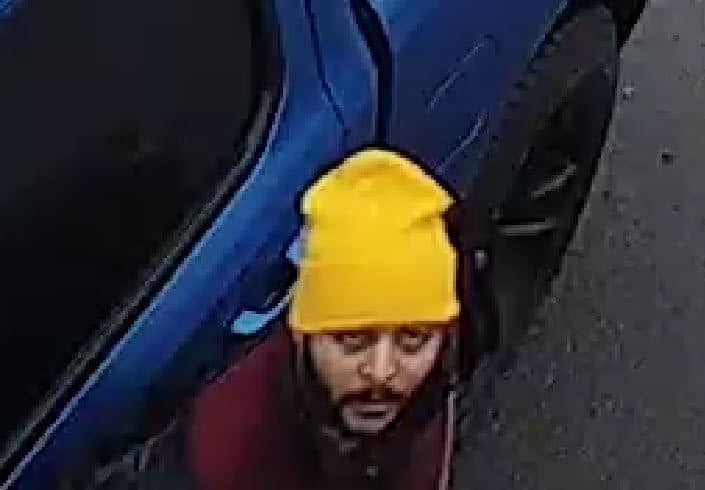 Police are on the hunt for a man wanted for an attempted carjacking at the Oshawa GO parking lot Saturday morning.

Central West Division officers were called to the GO Station at 10 a.m. Saturday for reports of “unknown trouble,” Durham Police said. The victim was retrieving items from her grey Chevrolet Impala when she was approached by a man demanding the keys to her vehicle.

The victim refused and the suspect punched her in the face. A brief struggle ensued and she was able to call 9-1-1, which is when the suspect fled eastbound on foot.

Police searched the area with no success. The woman sustained minor injuries.

The suspect is described as late teens, about 5’9” with a tanned complexion and dark beard. He was wearing a dark coat with plaid shirt underneath and bright yellow touque.

The man was carrying two bags, one being a leather briefcase and made a comment about taking the vehicle to Kingston Road.

Anyone with information about this investigation is asked to contact D/Cst. Fitzgerald of the Central West Division Criminal Investigations Bureau at 1-888-579-1520 ext. 1877.