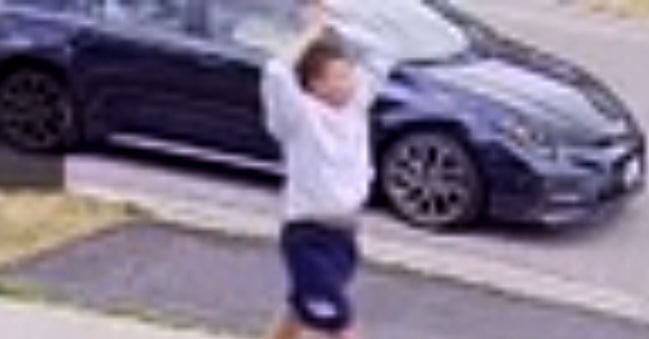 Halton Regional Police are looking for a man who hit a parked car in Burlington and then fled the scene. HRPS PHOTO

Halton Regional Police are asking for the public’s help in identifying the male driver of a vehicle that struck a parked car in Burlington and fled the scene.

Police say around 2:12 p.m. on Monday, July 18, 2022 a dark coloured four door sedan was heading eastbound on Thomas Alton Blvd when they swerved and struck a parked Audi Q5.

There was no one in the Audi Q5 at the time it was hit and the driver of the dark coloured sedan did not remain on scene.

CCTV footage would catch the suspect getting out of his car nearby and walking around the vehicle to see what damage was done to his car. Clearly the driver knew they had hit another car.

The suspect driver is described as a male in his early 20s who is around five-foot-seven and has an average build.

He was wearing a long white sleeve shirt with shorts and appeared to have blonde hair.

Anyone with information regarding this investigation is asked to contact Halton Regional Police at 905-825-4777, ext. 2216.