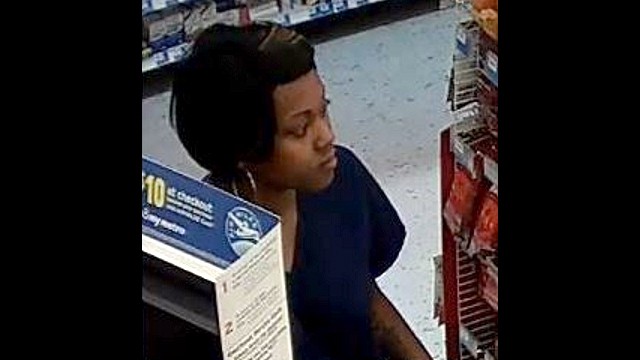 Police are describing the suspect as a black woman who is approximately 25-years-old. She has a slim build and straight black hair with blonde highlights. She has used a fraudulent citizenship card with the name Christina Campbell and has also used the name Stacy Johnson.