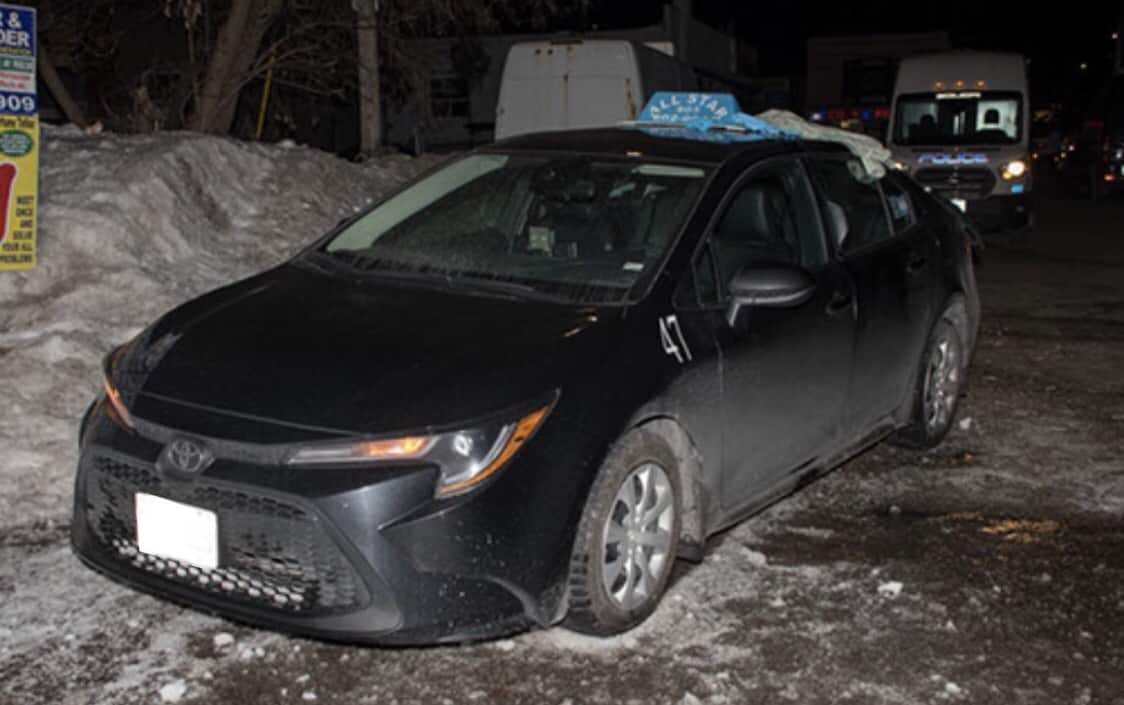 Police are seeking the public’s assistance in identifying a suspect wanted in connection with an alleged taxi cab robbery that occurred in Mississauga.

Peel police say that at 8:45 pm on Feb. 25, 2021, a 52-year-old man who was operating a taxi cab picked up a rider in the City Centre Drive and Robert Speck Parkway area. At approximately 9:00 p.m., the driver travelled to the Hurontario Street and Cook Street area.

Police say that at some point during the trip, the suspect brandished a knife and demanded cash. Police allege that the suspect stabbed the victim and then fled the area on foot.

The victim was transported to a trauma centre with serious injuries. Police say the suspect was last seen running eastbound through a large commercial plaza lot and running across Hurontario Street.

The suspect is described as a Black male in his 30s with a large build. Police say he was last seen wearing dark clothing and a dark-coloured mask.

Investigators are appealing to anyone with dashcam video that may have been on the south side of Square One Shopping Centre between 8:30 p.m. and 8:45 p.m.

It is believed that the suspect was seen walking eastbound on the pedestrian walkway, along the entire south side of the shopping centre, before entering the taxi.

Anyone with dashcam video from this area or any information on this incident is asked to call investigators at the Central Robbery Bureau at (905) 453–2121,