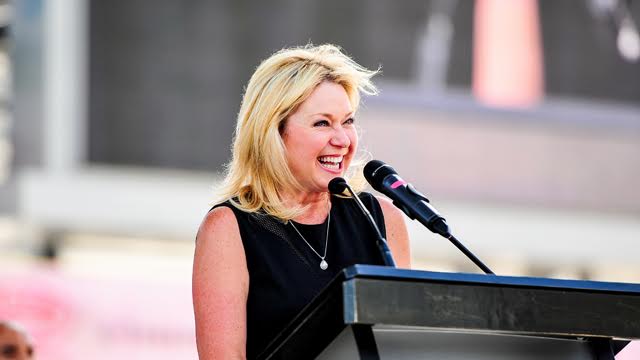 Whether it’s a prank or a legitimate threat, police are investigating a couple of phone calls that targeted the mayor of Mississauga, Bonnie Crombie.

The first call came on August 5 through the 311 Contact Centre, according to the Mississauga News. It took on a threatening tone when the unknown caller indicated that he or someone else was “coming to get the mayor.”

Although police investigated and dismissed it as a prank, safety precautions were taken nonetheless. Police officers visited Crombie’s home in relation to the call.

According to Sam Rogers, security services manager for the city, the third floor of city hall (where Crombie’s office is located) was placed on “limited access control” that day, and a security officer was posted to the reception desk.

Although nothing came of the threat, another call came three days later on August 8, supposedly from the same person.

This time, the caller said his name was Michael was demanding the phone number for Crombie’s home landline. He also claimed he was an RCMP officer and threatened to make an arrest if he didn’t get the information.

“After being challenged by our (security) officer, he hung up,” Rogers told The News.

No additional security measures were taken as the call was determined to be another prank, but it was still reported to police and members of council.

Regarding the two calls, Mayor Crombie said that she never felt her life was in danger. “I’m thankful to Peel Regional Police and Mississauga security personnel for their attention to this threat and for addressing it quickly and effectively,” she told The News.

“The threat was handled appropriately and effectively and never did I feel unsafe.”