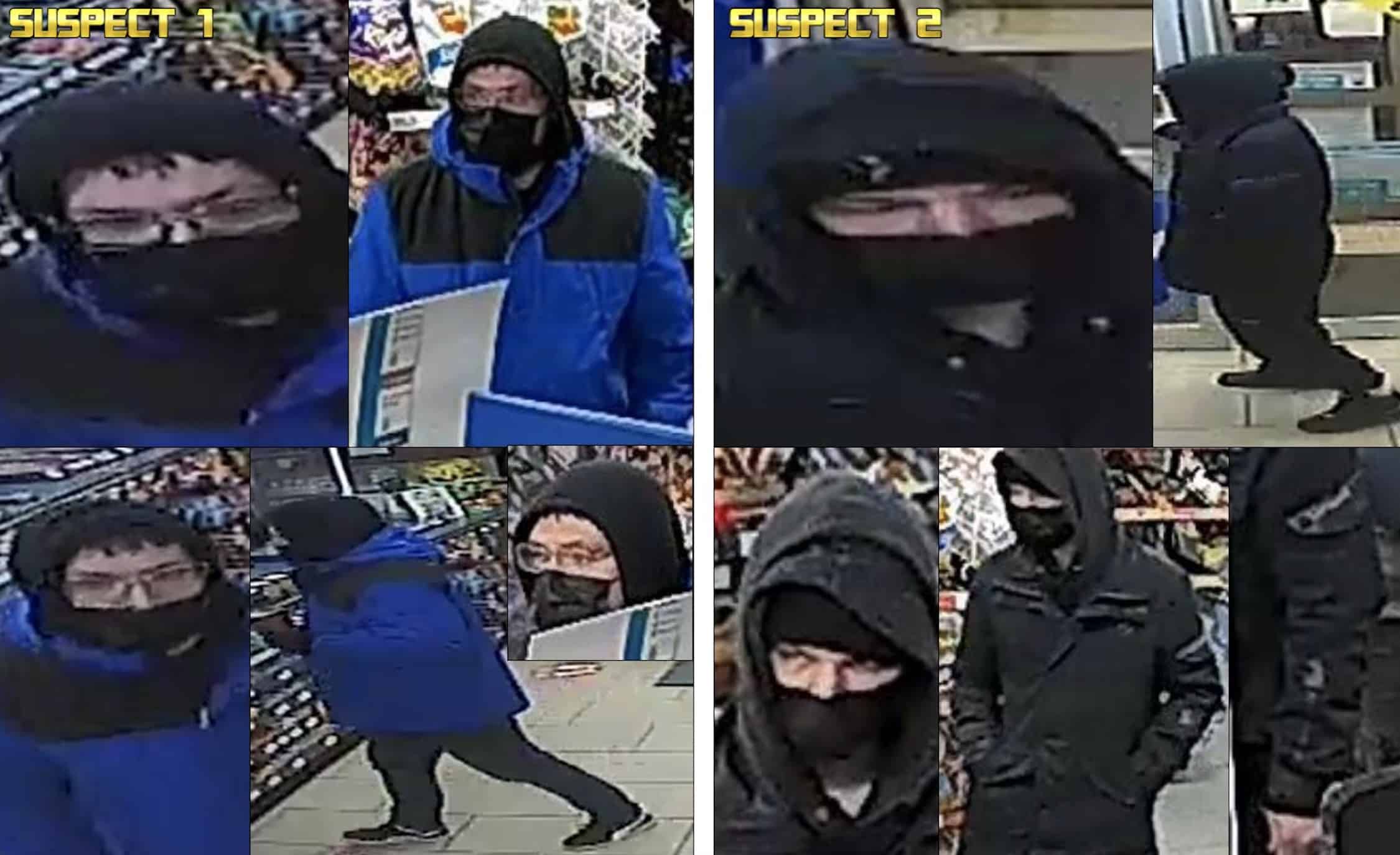 Halton police are investigating multiple thefts from autos in Oakville, that may possibly be linked to an armed robbery that took place in Milton.

Police say on Thursday, Jan. 6, 2022, at approximately 4:30 a.m., multiple thefts occurred from unlocked automobiles in the area of Melvin Ave. and Chartwell Rd. in Oakville.

According to police, during one theft, a wallet containing bank cards was stolen. The stolen bank cards were then used to make fraudulent purchases at several convenience stores along Lakeshore Blvd. W. in Etobicoke.

Two suspects were captured on video.

The first suspect is described as a white male, who was wearing glasses, a blue and black winter jacket with a black hoodie underneath, black pants, black and white shoes and a black mask.

The second suspect is described as a white male, who was wearing a black hooded jacket, black pants, black shoes and a black mask or balaclava under his hoodie.

Police say the suspects may be associated with a stolen black 2017 Volvo CX90 with Ontario licence plate PHENIX88.

This vehicle may have also been used in the armed robbery of a Circle K convenience store in Milton, according to police.

Police are advising the public to call 911 immediately should they observe this vehicle and to not approach it.