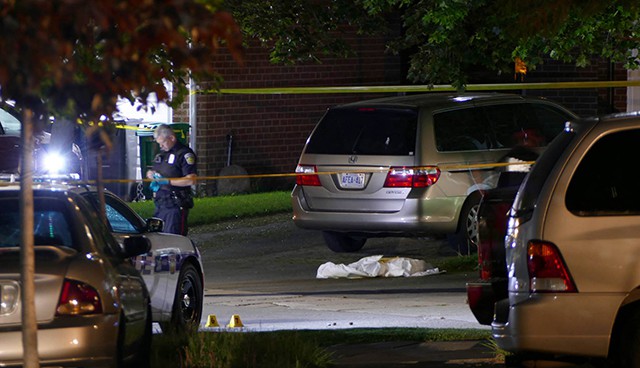 Homicide detectives are searching for clues in a central Mississauga neighbourhood after a brazen daylight shooting left a man dead.

Emergency crews were sent to 4036 Bishopstoke Lane, near Meadows Blvd. – that’s north of Burnhamthorpe Rd. E., just east of Hurontario St – at 7:04 p.m. on Monday for a shooting call.

The victim was pronounced dead at the scene.

His name and age haven’t been released.

Witnesses and anyone with video surveillance footage are being asked to come forward.