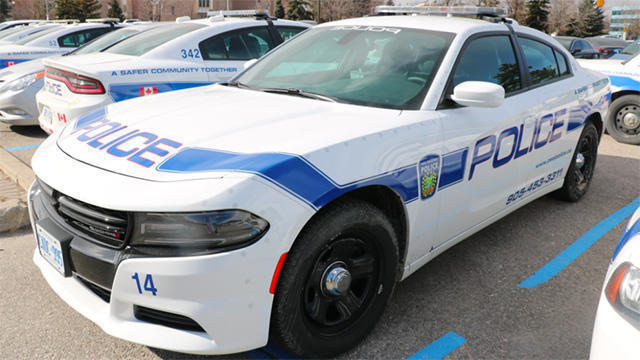 Peel Regional Police have launched a pilot project for in-vehicle cameras as the service inches closer to a full rollout of its body camera program.

Odoardi said the in-vehicle camera pilot project is part of the service’s body-worn camera (BWC) initiative which kicked off in July.

More than 610 cameras have been deployed and are now active across the PRP, and Odoardi said the service is “90 per cent complete” its goal of equipping every one of its approximate 1,000 frontline members with a body camera.

PRP said the service has been getting steady feedback from the community about the body camera project, and the public’s main concerns are related to privacy.

Odoardi said the camera units are automatically activated in an emergency situation when an officer draws either a firearm or a conducted energy weapon, commonly known as a taser.

The body cameras are not recording 24 hours a day, but officers must activate their cameras as soon as possible when interacting with the public.

The cameras have a light which flashes red when the unit is recording, and officers are required tell the person or people that the camera has been turned on.

Officers do not have administrative permissions or access to edit or delete footage captured by their BWC, and officers are required to complete their physical notes on any incident before reviewing BWC footage.

The cameras are part of a $9-million contact with Axon Inc., which has also signed deals with other Canadian police departments including the Toronto Police Service and the Calgary Police Service.