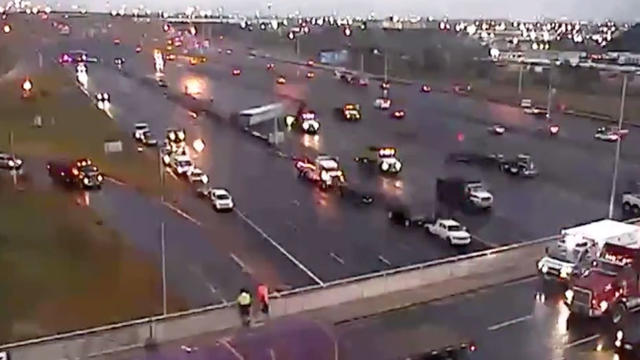 Police have identified two people who were killed in a fiery crash on the 401 in Mississauga this past weekend.

According to OPP Sgt Kerry Schmidt, the collision occurred on August 11 around 9:30 p.m. on the eastbound 401, just approaching Dixie Road.

Schmidt said that a transport truck was cut off by a red Corvette and lost control, taking out a Mazda in the process.

However, the driver of the Corvette and the passenger of the Mazda were both pronounced dead.

“Condolences to their families and loved ones,” Schmidt wrote on Twitter.

The investigation is ongoing and OPP are looking for witnesses.