Police have identified a second suspect wanted in connection with what police called a "vicious" attack on a man with autism in Mississauga.

Peel police say that on Tuesday, March 13 at approximately 10:45 p.m., officers were called to the scene of a violent assault that occurred in the Square One bus terminal.

The victim of the assault has been identified as a 29-year-old man with autism.

The disturbing video shows three suspects punching and kicking the victim as he sits at the bottom of a flight of stairs changing his shoes.

Shortly after the video was released, police said that evidence suggested the three suspects were from British Columbia. 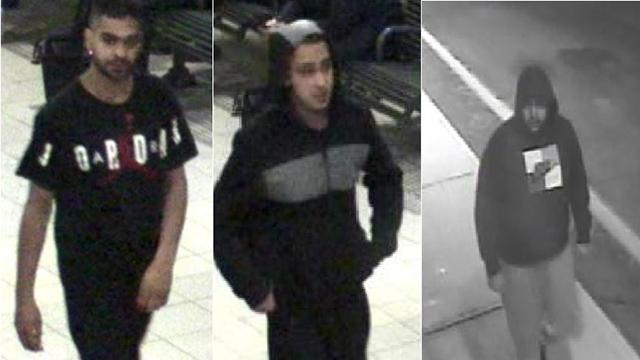 Police say that, following an onslaught of tips, investigators identified one of the suspects as 25-year-old Ronjot Singh Dhami. Police say his last known address is in Surrey, B.C.

Now, tips have led to the possible identification of a another suspect.

A Canada-wide arrest warrant for both men has been issued and they are both wanted for one count of aggravated assault.

Police say both suspects are being encouraged to seek legal counsel and surrender to police.

Police say the third male involved in the incident has not yet been positively identified, but may go by the first name of Jason.

The two suspects should be considered dangerous, police say. Police are asking anyone who sees them to call authorities and avoid approaching them.

Investigators are appealing for witnesses, or anyone who may have information concerning this investigation to contact 12 Division Criminal Investigation Bureau at (905) 453-2121 Ext 1233.