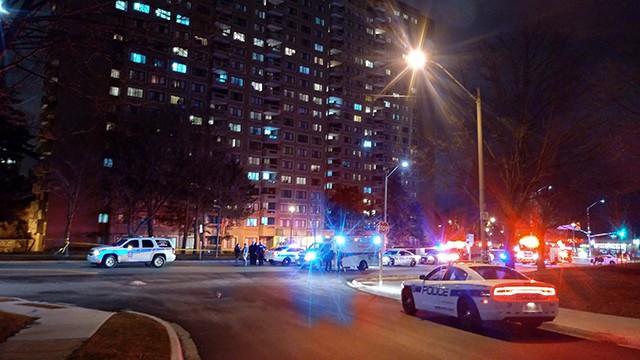 Peel police recently released the identity of the victim of Mississauga’s first homicide of 2017.

On Wednesday, March 1 at approximately 9:55 p.m., officers responded to reports of gunshots in the Mississauga Valley Blvd. and Elm Drive area. When officers arrived on scene, they discovered that Thomas was suffering from multiple gunshot wounds.

He was pronounced dead at the scene.

Police believe this is an isolated incident and that there is no imminent threat to public safety.

Investigators are appealing for witnesses, or anyone who may have information concerning this investigation to contact Peel Regional Police Homicide and Missing Persons Bureau at 905 453-2121 Ext 3205. Information may also be left anonymously by calling Peel Crime Stoppers at 1-800-222-TIPS (8477), by visiting www.peelcrimestoppers.ca or by sending a text message to CRIMES (274637) with the word ‘PEEL’ and then your tip.