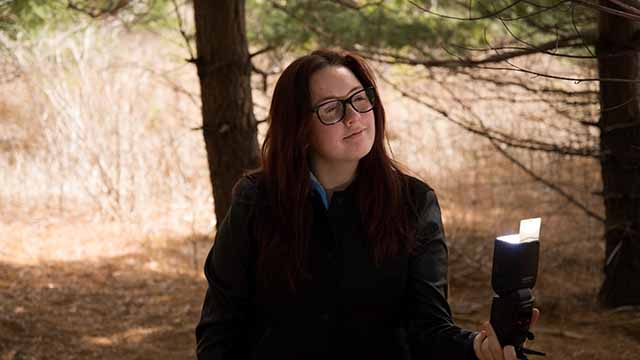 Police have identified the man arrested in connection with a suspected road rage incident that took the life of 22-year-old Niagara Falls woman and Humber College student Nicole Turcotte.

“As a result of the investigation and tips that came in from the public and media, investigators were able to determine a suspect. That person is in custody right now and is facing charges,” said Schmidt.

Schmidt said that 32-year-old Mississauga man Yasir Baig has been arrested and charged in connection with the QEW crash that police say could have been the result of road rage.

On Saturday, Jan. 27 at approximately 10:00 p.m., five vehicles were involved in a collision on the Toronto-bound QEW, just east of Cawthra Rd.

On Sunday, the OPP confirmed that Nicole Turcotte succumbed to her injuries at a Toronto trauma centre. A 19-year-old Niagara Falls woman was also seriously injured.

Schmidt said that, prior to the crash, a vehicle from the middle lane went in front of a line of vehicles in the left lane and began to slow down.
“Indications from that crash pointed to a five-vehicle collision that happened because traffic slowed down. As a result of the investigation, we understand that there was a sixth vehicle involved that was in front of these vehicles. It slowed unexpectedly for an unknown reason, and as a result of that, triggered a chain reaction crash.”

In an earlier report, Schmidt said that witnesses described the suspect vehicle doing what is commonly called a “brake check,” which occurs when a vehicle cuts in front of traffic and slows down. This move is typically done in anger to retaliate against some perceived slight.

“She just did so much in such a short term in her life. She was loved and she made an impact in 22 years that most people don’t make in 50 or 100 years.”

Sommer Wood said that she learned about the death from Turcotte’s mother, who told her that Turcotte “wasn’t going to make it” after she had been transported to St. Michael’s Hospital in Toronto.

Sommer Wood said there were four viewings for Turcotte, one of which was attended by the Dean of Humber College and the coordinator of the school’s photography program.

“We lost her and she could have done so much more with her life.”