After 16 parked vehicles in Welland and Pelham had their windows smashed by a suspect early this morning (November 29), the hunt is on to catch him.

Niagara Police say between 1 am and 2:30 am, the suspect targeted the following areas in Welland:

These areas in Pelham were also hit:

With the assistance of area residents, police got some surveillance footage of the suspect and the vehicle they think is the get-away car.

The suspect is described as a white male with a thin build, wearing a winter jacket with the hood up. He is believed to be using a tool to smash the windows, such as a hammer, wrench or crowbar.

The car is described as a dark colour, four door sedan that might possibly be a Honda Civic. (See below.)

Police are asking residents in the above neighbourhoods to review their closed-circuit television (CCTV) for any footage that may assist in the investigation. 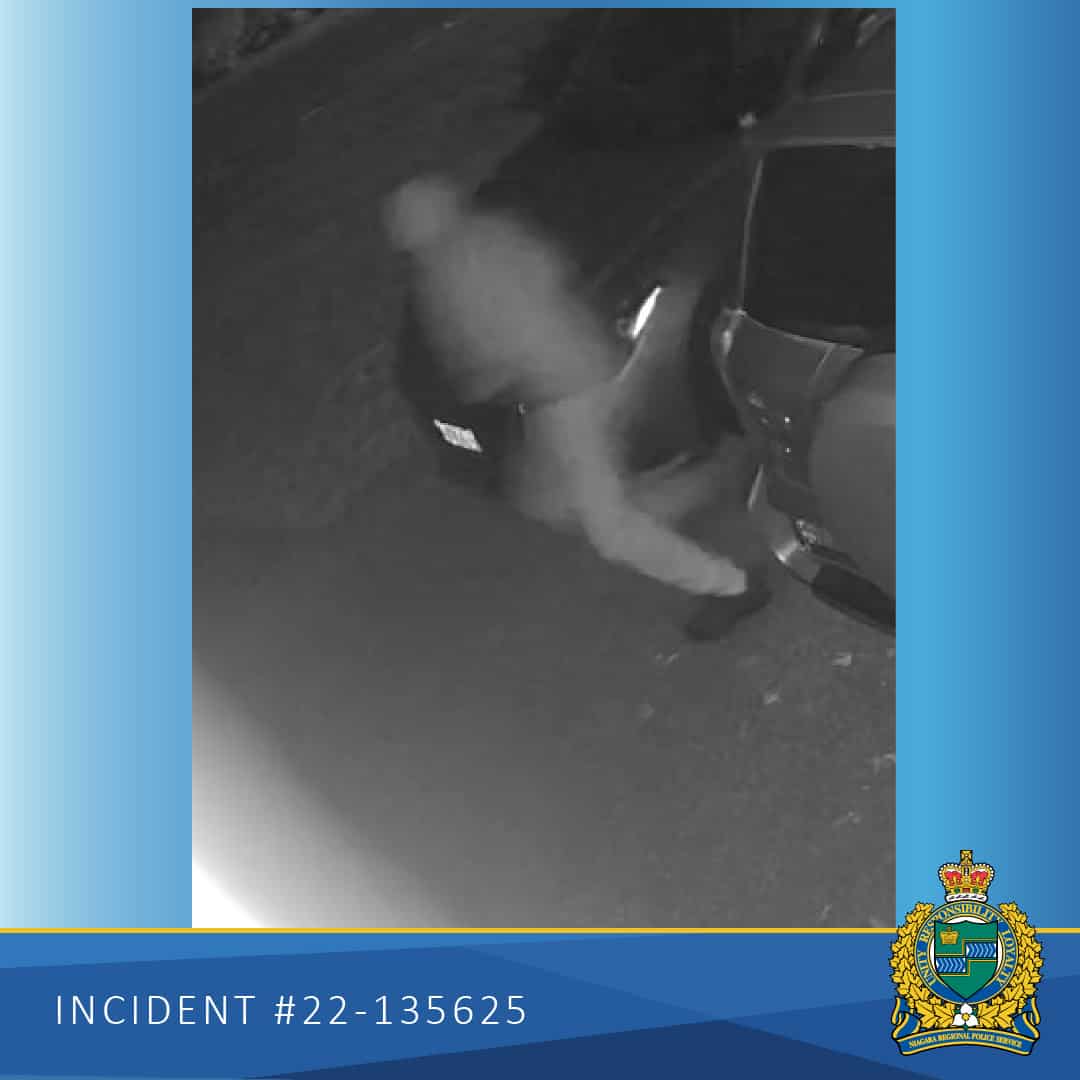 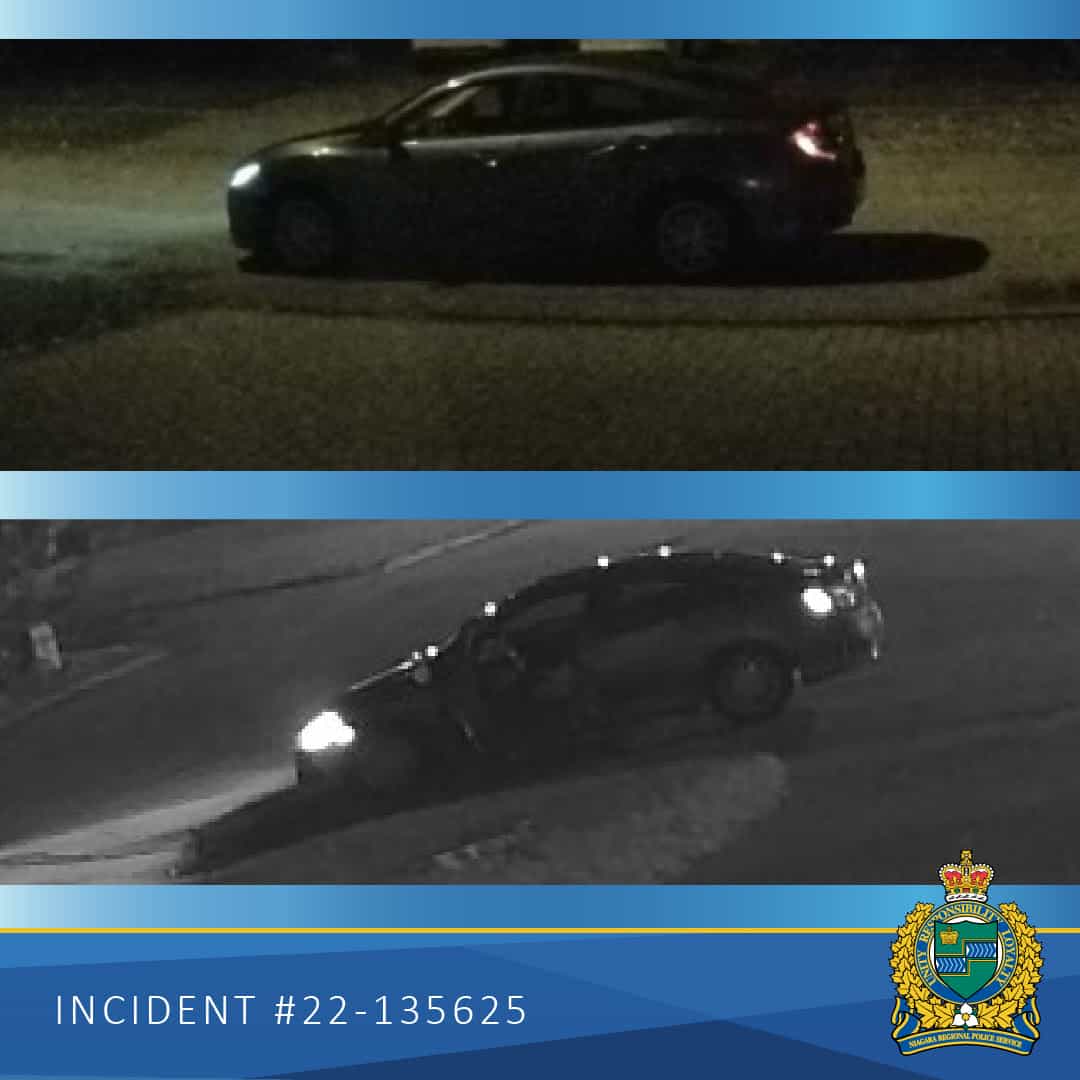