After responding to a trailer fire in Port Colborne, Niagara Police are now on the hunt for two suspects.

On August 14 just past 6 am, police responded to a fire call in the Steele Street and Division Street area of Port Colborne.

When they got there, the Port Colborne Fire Department was dealing with a trailer completely engulfed in flames. They got the blaze out and since the trailer was empty, no one was hurt. However, there was roughly $5,000 in damages.

The Port Colborne Fire Department subsequently classified it as arson which now makes it a criminal investigation for the police, who then got some CCTV footage from a local residents (shown below). They are looking for two suspects.

The first suspect is a white male, slender build, wearing a white cloth or shirt around his head, a black t-shirt, black jeans and white shoes.

The second suspect is simply described as wearing dark clothing

Detectives are asking members of the public who may have been in the area at the time of the arson to call in with any information.

Residents with CCTV footage in the Steele Street and Division Street area of Port Colborne and drivers who were in the area with an operational dash-camera are being asked to review their footage. 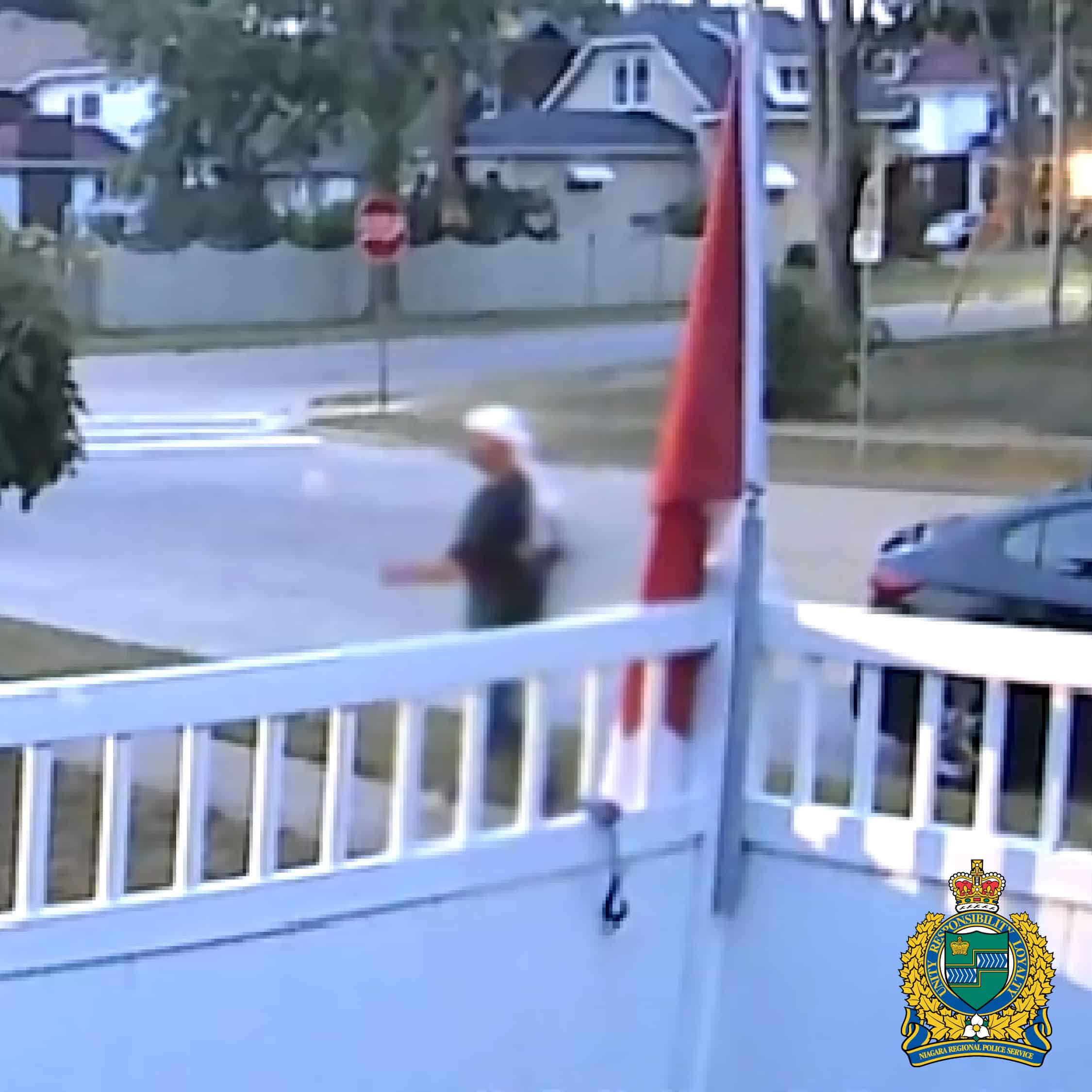 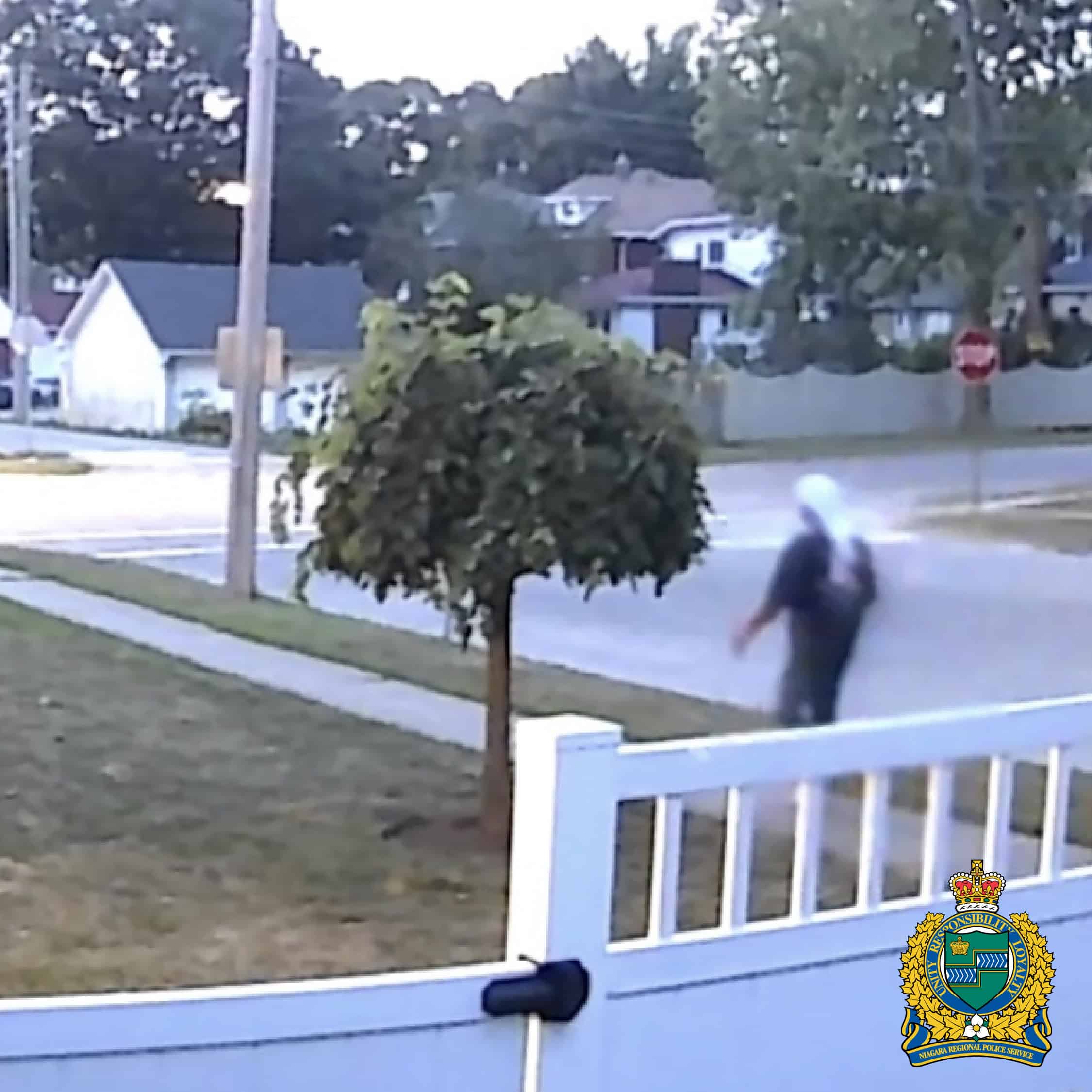 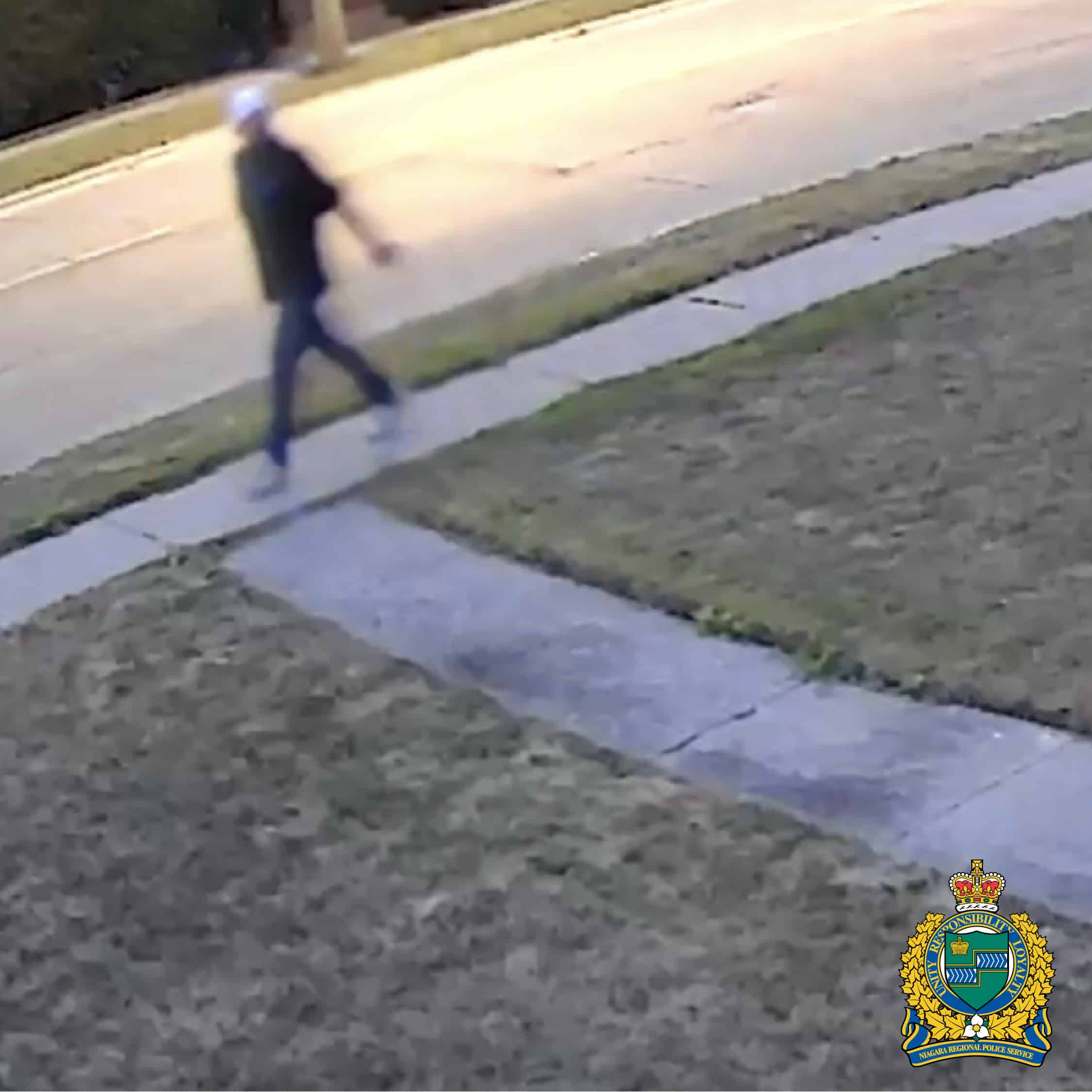 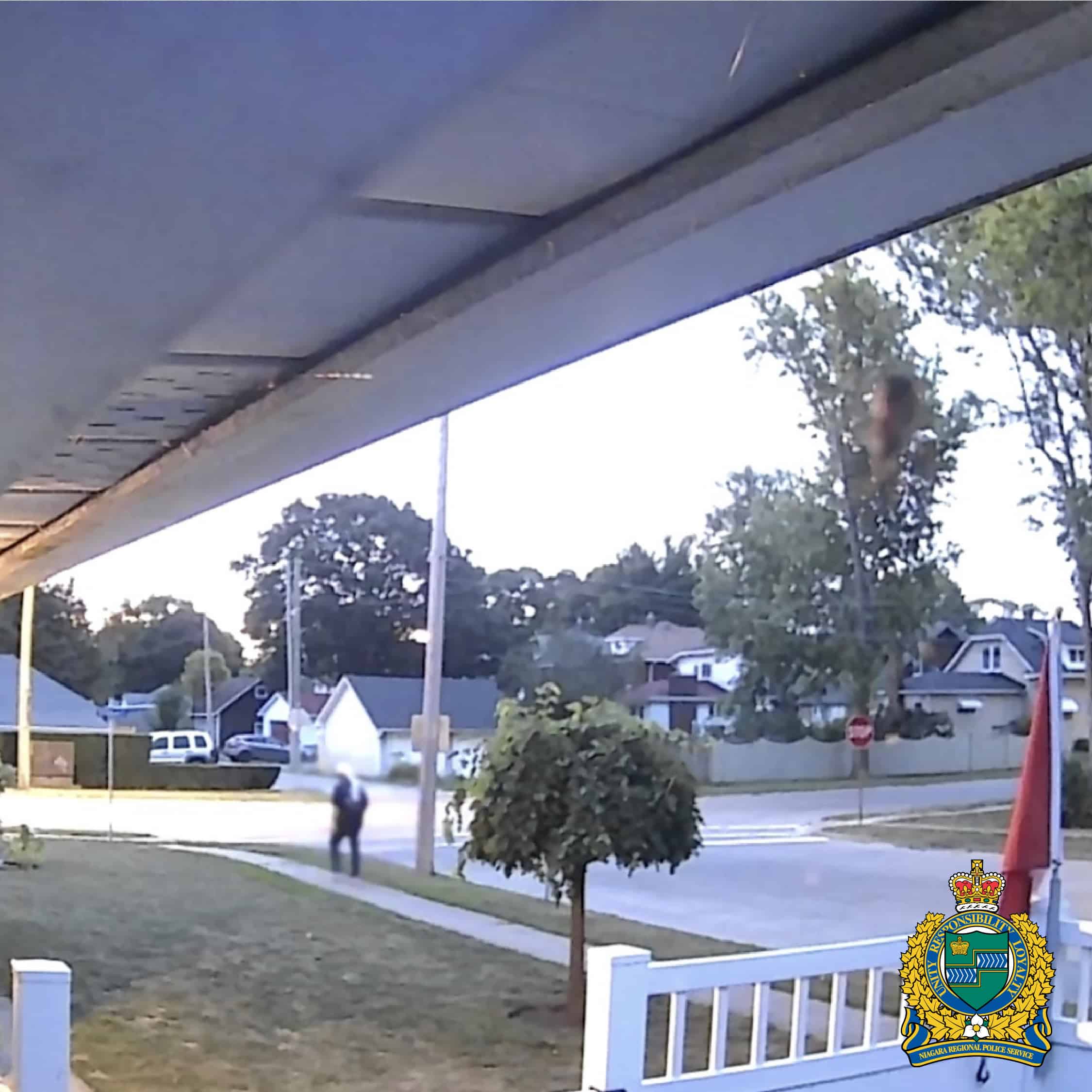