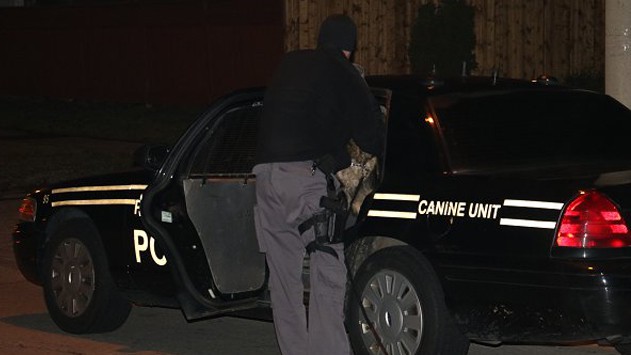 Police are hunting for a female suspect after a recent gas station robbery in Mississauga.

Shortly before 9:15 p.m., Peel police announced that officers were responding to a gas station robbery in the Eglinton and Kimbermount area. No weapon was used and no injuries were sustained during the incident.

The suspect is described as a white female in her mid-20s. She was last seen wearing jogging pants, a black coat and a grey beanie. She has tattoos on her neck and throat.

She fled the scene on foot in an unknown direction.

K9 are on scene looking for suspect.