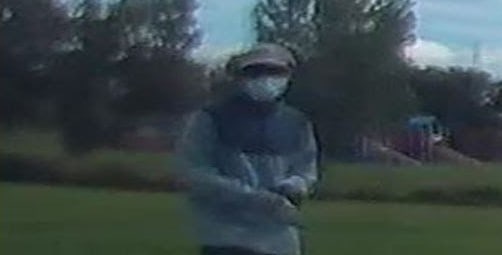 Niagara Police are hunting for a knife-wielding man who robbed two different pizza delivery drivers in Thorold over the weekend.

On August 13, the police were called to a Niagara Falls fast-food restaurant at 11:40 pm, who alerted them that a driver had been robbed at knife-point in the Niagara Falls Road and Morton Street area of Thorold.

The suspect approached the driver, pulled out the knife and took off on foot with an undisclosed amount of cash. The driver was not injured.

Just a day later at 2:50 pm, the police got a call that was virtually the same – a pizza delivery driver robbed at knife-point, except this time it was in the Niagara Falls Road and Ontario Street area of Thorold. Again, the suspect fled on foot though the driver sustained some minor injuries, though not enough for a trip to the hospital.

The police were able to get some surveillance footage of the suspect from the second robbery (shown below) and are asking the public for help in identifying him.

The suspect was described as a male with darker skin, 20 to 30 years old, 5-foot-8 and 120 pounds. He was wearing a grey baseball hat, a long-sleeved blue shirt, black/brown track pants and a blue medical mask.

Police say he is to be considered to be armed and dangerous.

They are asking residents with CCTV footage in Niagara Falls Road, Morton Street, and/or Ontario Street of Thorold, as well as drivers and motorists with an operational dash-camera to review their footage. 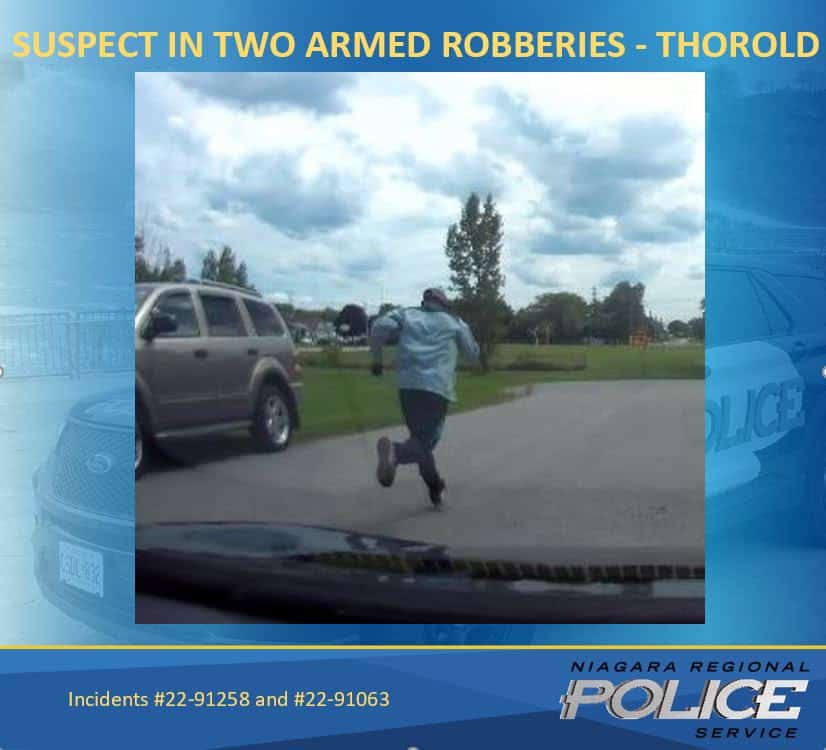 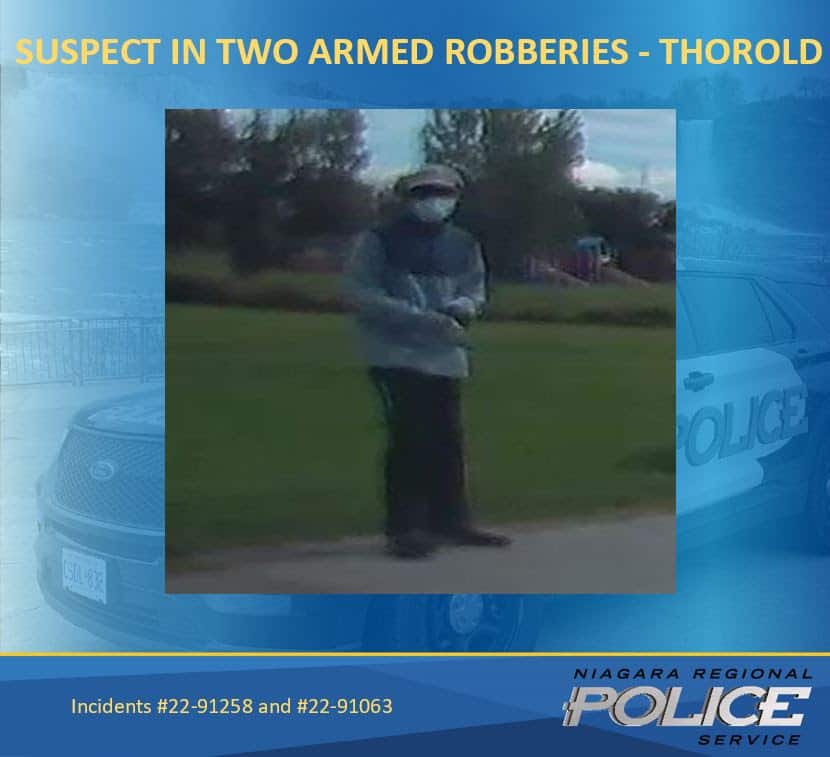