Niagara Police are on the lookout for an armed male who robbed a St. Catharines gas station yesterday (September 12).

He escaped on foot with an undisclosed amount of cash, leaving the clerk uninjured. Police brought in the K9 unit and emergency task force to search for him but they were unsuccessful.

The suspect is described as a white male, early 20s, 5-foot-8 with a slender build. He was wearing grey track pants, running shoes, a black long sleeve sweater with a small white Nike swoosh on it, a beige bucket hat, a blue surgical mask and dark sunglasses. See the photos below. 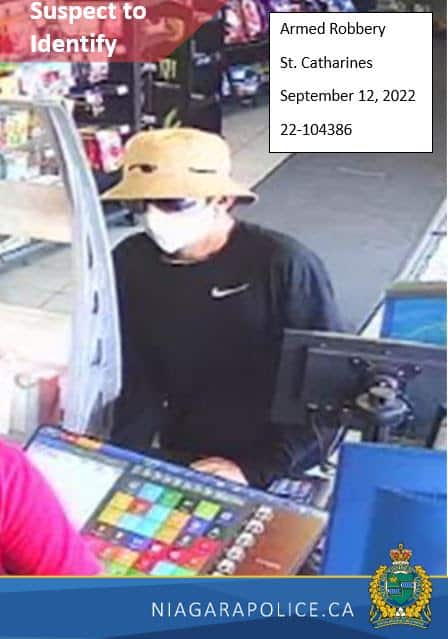 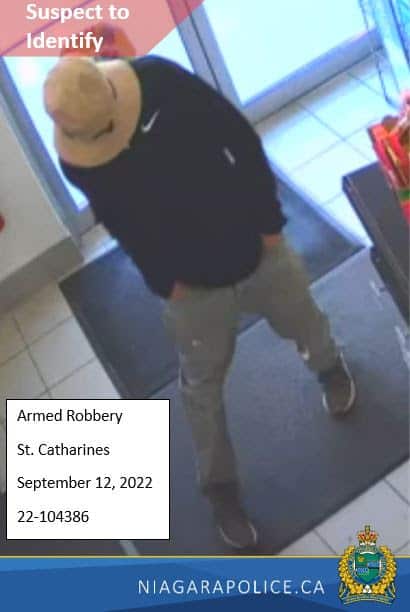