Police Cruiser and Stolen Vehicle Crash Near Intersection in Mississauga 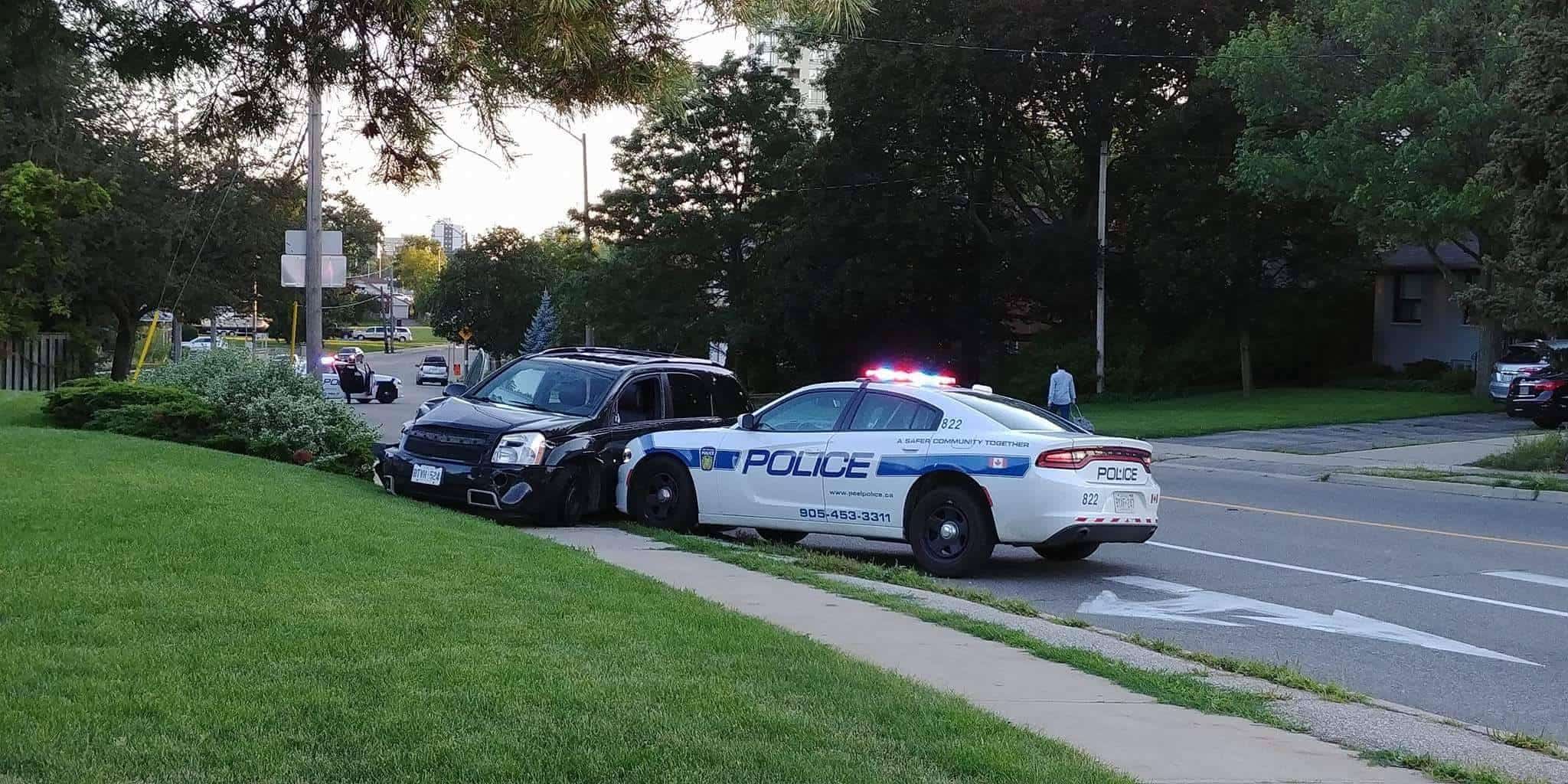 Peel Regional Police have reported yet another crash tonight in Mississauga.

Police reported a crash at 7:35 p.m. tonight near a major intersection.

There’s been a two-vehicle crash in the area of Hurontario and Dundas involving a stolen vehicle and a police cruiser.

No injuries were reported, however an investigation is ongoing.

As of 7:35 p.m., King Street is closed between Camilla and Hurontario for the investigation.

We will provide details as they become available.