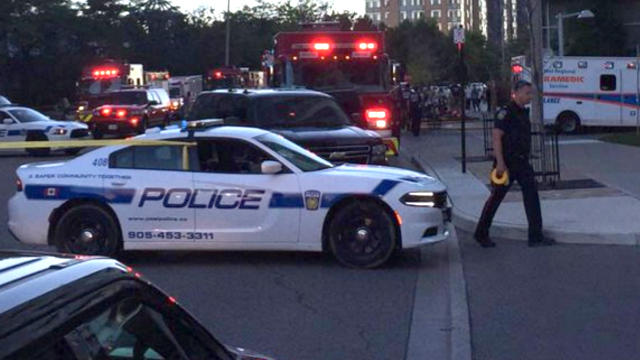 The Special Investigations Unit (SIU) has cleared Peel Police Tactical Response Unit officers of any wrongdoing after a man sustained injuries after being subdued with a taser and non-lethal riot weapon.

The man’s injuries reportedly occurred after he consumed acid, set his Mississauga apartment on fire and barricaded himself on his balcony.

SIU director Tony Loparco recently said that the officers called to the scene of the incident used no more force than was absolutely necessary to subdue a 38-year-old man who was “impacting severe damage to himself and would have taken his own life without the intervention of police.”

The incident occurred in September 2016 in a 16th floor unit in an apartment building in the Webb Drive and Duke of York Blvd. area.

Police say that Mississauga Fire and Emergency Services were initially called to investigate reports of smoke. Once they arrived, they reportedly found a distressed man with knives duct taped to his wrists. The SIU says the man was also in possession of a lighter, lighter fluid, and a glass of Muriatic acid.

The man was also observed drinking the acid, foaming at the mouth and vomiting.

After forcing their way into the unit following a 911 call, the firefighters observed a fire just inside the front hallway. The fire was extinguished and the man was located on the barricaded balcony. 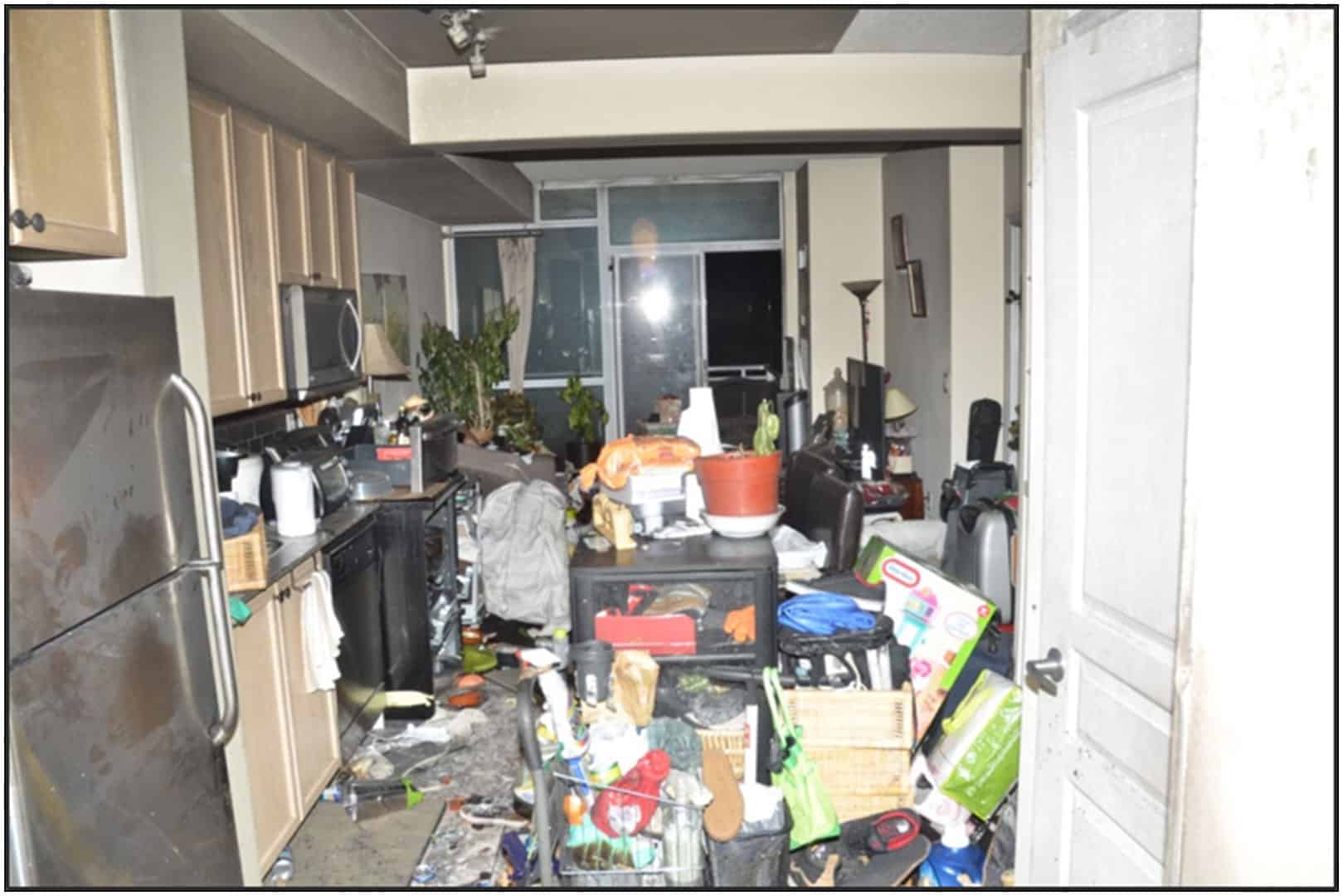 A view of the apartment, courtesy of the SIU

The SIU says he told emergency personnel that he was going to jump. Officers reportedly attempted to speak with the man, but he would not respond. The SIU says he continued to drink the acid from the glass and douse himself with the lighter fluid.

At times, he was seen sitting on the railing and was found to be “increasingly agitated.”

Paramedics were also called to the scene.

The Peel police tactical unit arrived, along with the force’s crisis negotiation team, and attempted to convince the man to come off the railing and into the apartment. The SIU says officers consulted a psychiatrist over the course of the incident.

The SIU says the man ignored all efforts to bring him into the apartment and showcased a mental state that was “clearly deteriorating.”

The SIU says that once the man sat on a small couch on the balcony, two officers repelled down from a unit balcony directly two floors above while other officers entered the balcony through the apartment. 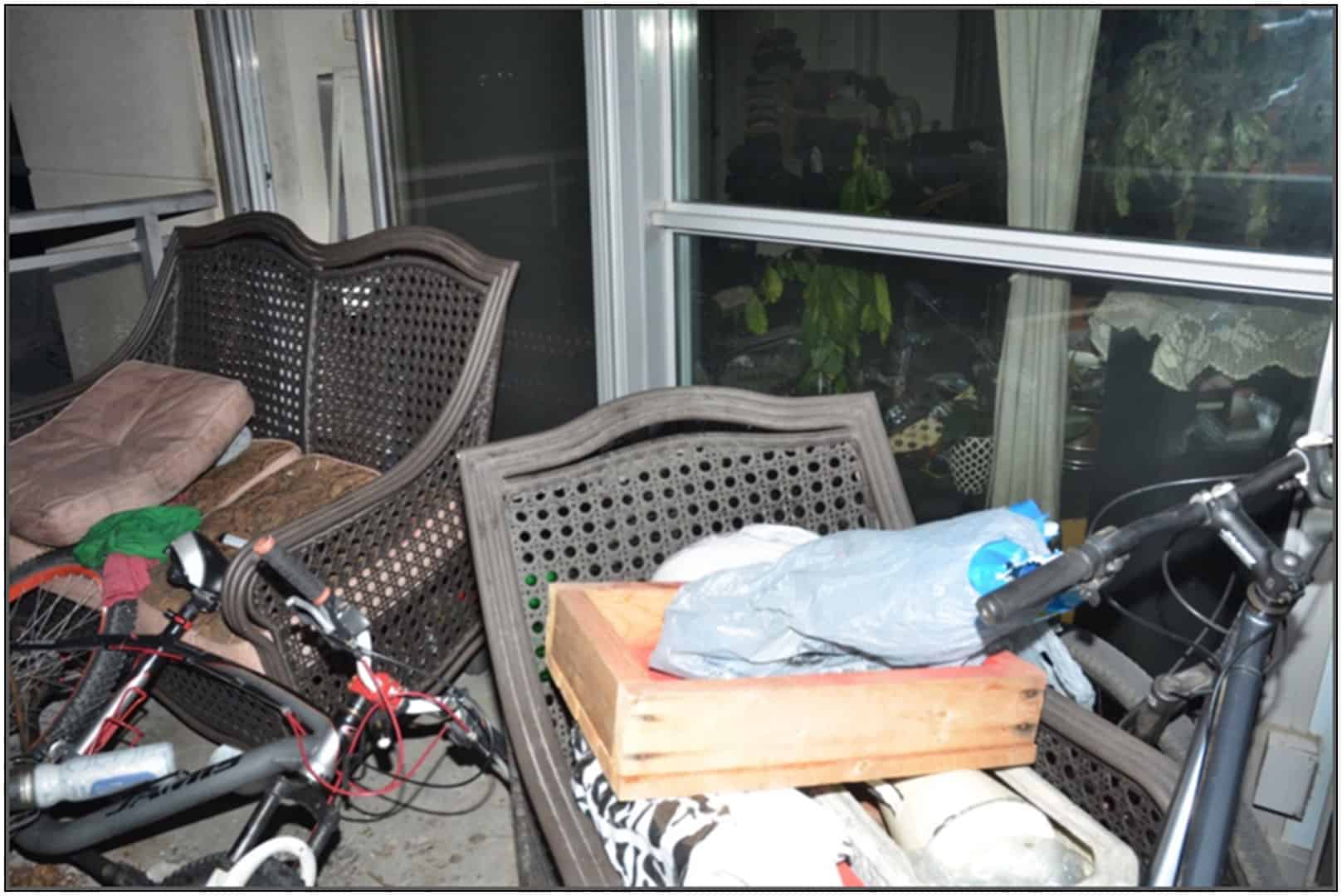 The balcony, photo courtesy of the SIU

The SIU says that after negotiations and consultations with the psychiatrist, a witness officer gave the tactical unit authority to enter the apartment. After they entered, the man was struck by a Conducted Energy Weapon and shot in the head by an Anti-Riot Weapon Enfield (ARWEN) projectile.

The SIU says an officer was able to cut the knife away from the man’s arm.

After the interaction, the man was bleeding from a 2.5 – 5 cm cut on his forehead with a flap of skin hanging. The officers carried the individual off the balcony to the paramedics waiting outside for medical attention.

The man was taken to the hospital with a laceration on his head and a brain bleed. He was also suffering from serious injuries to his throat and gastrointestinal tract following the consumption of the acid.

Although the man did sustain serious injuries (some of which were reportedly self-inflicted), the SIU did not think the officers involved used excessive force.

“With respect to the amount of force used by officers in their attempts to subdue the Complainant, I find that their behavior was amply justified in the circumstances. After carefully reviewing all of the evidence, I find that the officers used no more force than was absolutely necessary to subdue the complainant who was clearly impacting severe damage to himself and clearly would have taken his own life without the intervention of the police,” Loparco says.

“Given the fact that the complainant had set fire to his own condominium unit, consumed acid, attempted to stab himself, and threatened to jump off a sixteen story balcony, it was not a stretch for officers to believe on reasonable grounds that the complainant was intent on ending his life, if he was not subdued.”