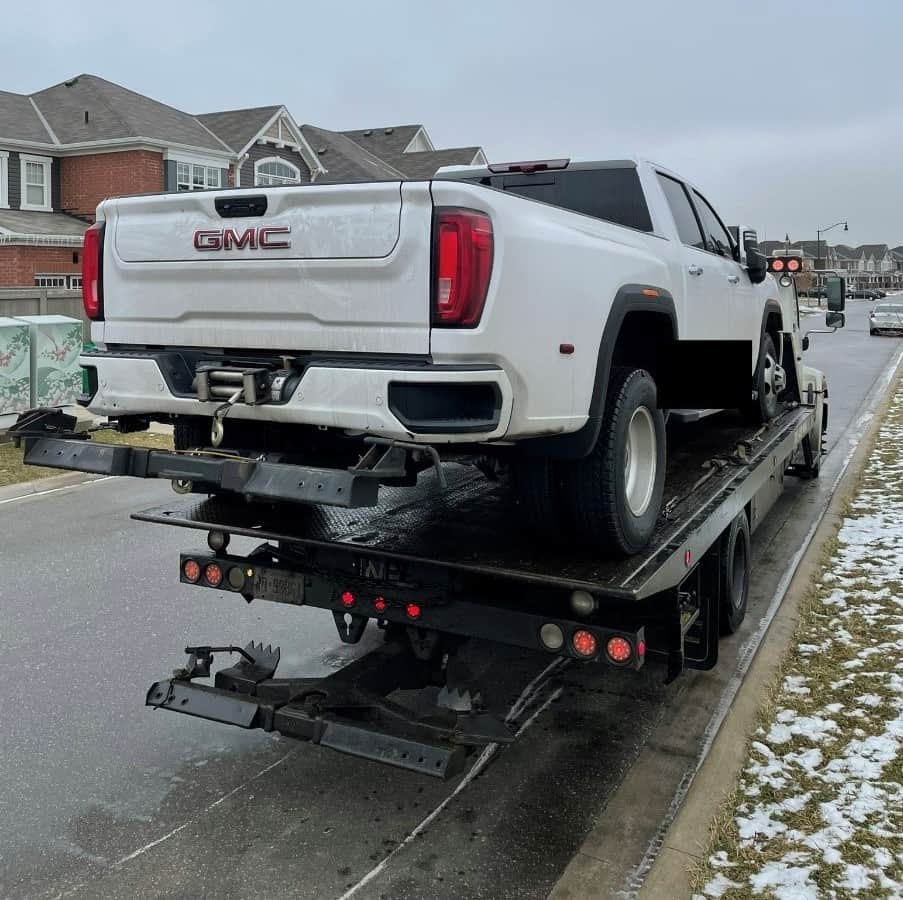 Police in Brampton have made an arrest after a video surfaced online showing a tow truck driving into oncoming traffic and running a red light at a busy intersection.

In the video posted to YouTube and Reddit, a white tow truck can be seen driving in to the wrong lane on Vodden St. East at the intersection of Centre St. North.

As the light turns green the truck pulls up alongside other drivers and swerves into the oncoming lanes, narrowly pulling back onto the right side of the road as a line of cars approaches head-on.

About a minute later the tow truck is again spotted impatiently inching its way through the intersection of Vodden and Main St. North before running a red light.

Dashcam footage captured the incidents, which occurred at approximately 2:09 p.m. on Sunday, Jan. 9, according to the time stamp.

On Thursday, police arrested and charged Kwateng Phelan Asampong, 31, of Brampton with:

The accused is scheduled to appear at the Ontario Court of Justice in Brampton, on March 21. Police said Brampton bylaw was made aware of the incident and will be launching an investigation with potential further charges.

Anyone with information, surveillance or dashcam footage of this incident are asked to contact investigators at 905-453-3311, extension 3750.