Police Can Now Breathalyze You in Your Home 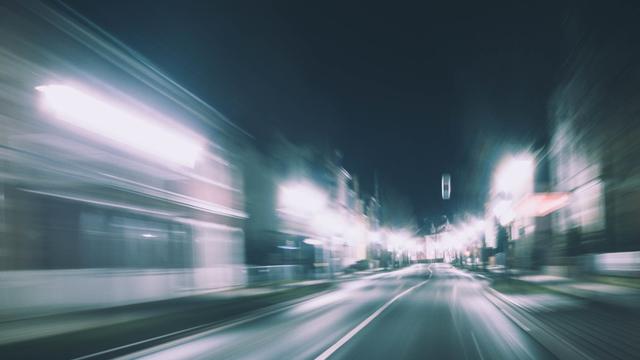 Drinking and driving has been a prevailing problem for many years, more so than before.

Last year, new rules came into effect that allows police to stop you and give you a breathalyzer test, even without suspicion that you’ve been drinking behind the wheel.

Changes to the Criminal Code Section 235 gave police in Canada these expanded powers.

However, the revised laws have people saying that they could allow the police to do breathalyzer tests beyond when you’re sitting in your car…such as when you’re inside your own home, in a bar or even a restaurant.

According to this Global News story, someone could be found violating the new impaired driving laws even two hours after they’ve been driving. “It’s ridiculous, it’s basically criminalizing you having a drink at your kitchen table,” Paul Doroshenko, a Vancouver criminal defence lawyer who specializes in impaired driving cases.

This idea has riled up those who believe in the long term that it would lead to further militarization of the police and increasing violations of civil liberties. This person pointed out how the onus would be on you to prove to the police you’re innocent. 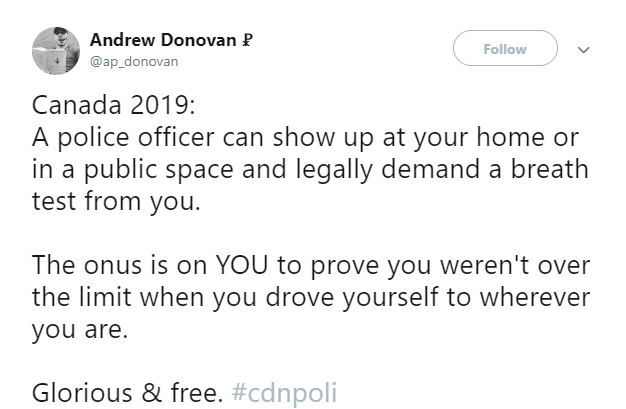 On the militarization of the police. 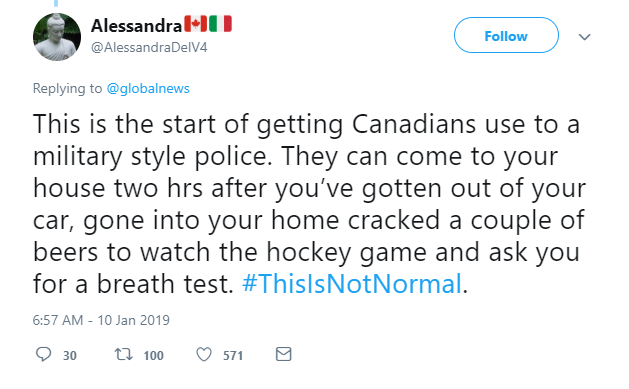 Here are the thoughts of a retired RCMP officer.

So if you’re neighbour hates you and sees you come home after work or from an evening out and they call the police you have to comply with the demand for a breath test even two hours after your home! But you already had 3 drinks before they arrive! You Fail

Yet, another disturbing by-product of these revised impaired driving laws that can possibly expand policing powers is they may cause permanent residents of Canada to lose their status and be forced to leave the country.

As it says on the government’s own website, if someone commits an impaired driving or cannabis-related crime, the penalty is a fine, criminal charges or jail. However, one can be found inadmissible to Canada for serious criminality, whether the crime happened inside or outside Canada. This means:

This would be rather troubling for international students, who don’t usually have the best living conditions while they’re here in Canada; further abilities by police to do random breathalyzer tests on them while they’re at home. If you think a regular person would not be happy about this, try telling that to someone who could be forced to leave the country.

Do you think these new laws give the police too much power to intrude into your private lives?