Police put a stop to a street race that occurred earlier during the day in Mississauga, according to Sergeant Kerry Schmidt of Ontario Provincial Police.

The two men involved were reportedly racing at nearly 200 km/hr on Highway 401. Schmidt claims one of the men was a lone G1 driver with alcohol.

Police also posted photos showing both of the vehicles being towed away from the scene.

Although charges have not been disclosed, the typical punishment for street racing includes a fine ranging from $2,000 to $10,000 as well as a licence suspension of up to two years for the first conviction, according to the Ontario Driver’s Handbook. 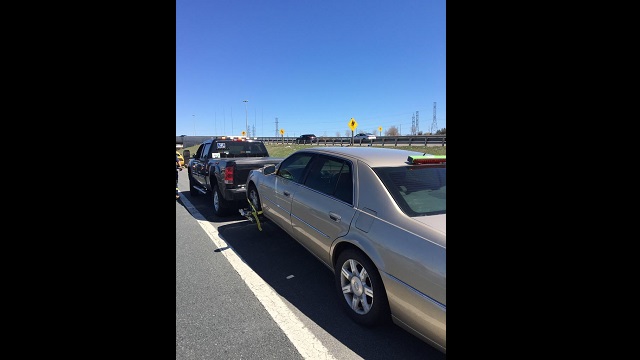 A brand new Kelseys roadhouse set to open in Mississauga
Kelseys is preparing to open another new restaurant in Mississauga.
END_OF_DOCUMENT_TOKEN_TO_BE_REPLACED