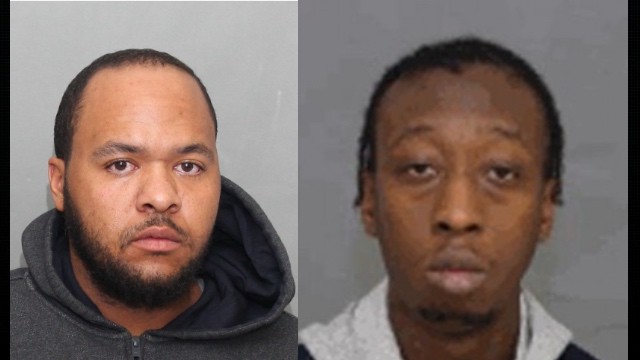 Peel Police are asking for the public’s assistance in locating two suspects wanted for first-degree murder.

The Hamilton Police have identified the three suspects as 27-year-old Alieu Jeng, 28-year-old Daniel Wise of Hamilton and 22-year-old Samitar Hassan of the Toronto area. Peel Police believe that Jeng and Wise are currently in the Region of Peel.

Shortly after 3:00 a.m on May 18, 2019, Hamilton Police responded to a residence or a stabbing. When police arrived, they found 33-year-old Carel Douse suffering from a number of stab wounds. He was taken to the Hamilton General Hospital and died early that afternoon. A post mortem was conducted and the preliminary cause of death was found to be multiple sharp force injuries.

Investigators have determined that the initial attack began inside a barbershop located at the southeast corner of King Street East and East Avenue north. Douse was then chased northbound on East Avenue North by three male suspects to the front of a residence where the stabbing continued.

The Hamilton Police are asking anyone with relevant information about the whereabouts of Jeng, Hassan or Wise to call 911 or Crime Stoppers at 1-800-222-8477.