Police arrest one, look for another man after fireworks shot at gas station clerk 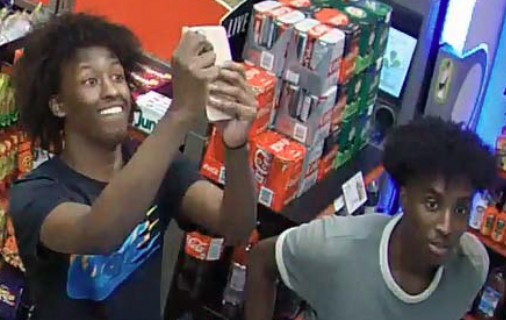 Investigators from the 12 Division Criminal Investigation Bureau have charged a 21-year-old man and are looking for another man in relation to an assault on an employee at a Mississauga gas station.

The incident took place on July 4 at approximately 12:33 a.m. at the station located at Eglinton Ave. E. and Tomken Rd.

Two men entered and went into the back of the store where they ignited fireworks. One of the suspects ran towards the clerk shooting the Roman candle while the second suspect filmed the event on a cellphone.

The victim suffered minor injuries as a result of the incident.

Mohammed Mumin, a 21-year-old man from Toronto, has been arrested and charged with assault with a weapon, mischief endangering life and forcible confinement. He will appear before the Ontario Court of Justice on December 15.

To view pictures and view the video of the suspects, please visit our website .

Anyone with information that may have seen the incident on social media or has information in identifying the two suspects is asked to call investigators at the 12 Division Criminal Investigation Bureau at (905) 453–2121, Ext. 1233. Information may also be left anonymously by calling Peel Crime Stoppers at 1-800-222-TIPS (8477).