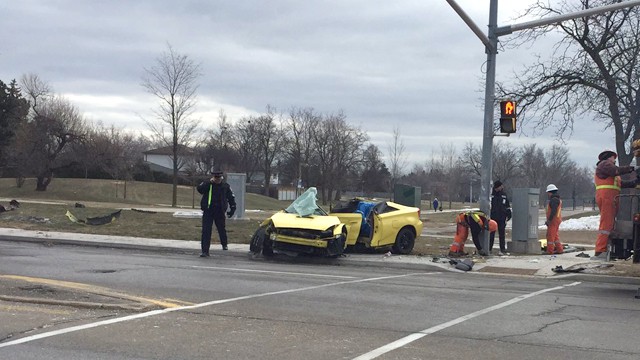 A Brampton man has been charged in relation to a fatal crash that occurred last month.

A Brampton man has been charged in relation to a fatal crash that occurred last month.

On Saturday, Jan. 14 at approximately 11:30 p.m., 22-year-old Brampton man Victor Alvarado was driving his yellow Toyota Celica on Clark Blvd. east of Dixie Road in Brampton when his vehicle went off the road and struck two traffic control light poles.

Alvarado was removed from the vehicle and rushed to local hospital, where he succumbed to his injuries.

On Monday, Feb. 6, Peel police arrested 25-year-old Brampton man Jo-Phillip Bitamba and charged him with dangerous operation of a motor vehicle while street racing causing death and fail to remain at scene of accident causing death.

Bitamba is scheduled to appear in court for a bail hearing on Feb. 7.