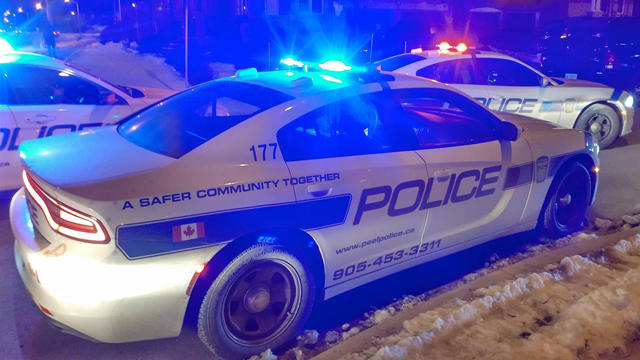 At around 1:00 p.m., police were called to the scene of a robbery in progress at Dixie Road and Meyerside Drive.

Four males entered the bank with their faces concealed and demanded money while showing possession of a handgun and shotgun.

The suspects, who then attempted to flee in a vehicle, were pursued by police and drove the vehicle into a ditch. They fled on foot, but were apprehended shortly after.

Police arrested Toronto men Oday Bazuhair (18) and Benjamin Kwafo (23), as well as two other males (16 and 17) whose names are withheld.

Charges include robbery, disguise with intent, and possession of a loaded firearm.

The four suspects were all held for a bail hearing on Thursday at the Ontario Court of Justice in Brampton.