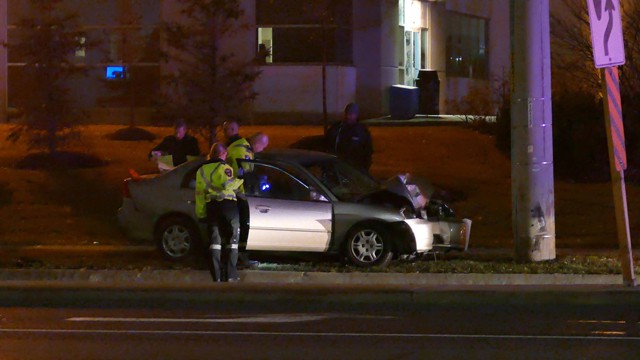 Peel police arrested a driver who may have been impaired after a late night crash in Mississauga.

Around midnight on Nov. 16, emergency crews responded to a one vehicle collision on Kennedy Road at the corner of Annagem Blvd. The car involved hit a hydro pole head on and sustained damage.

According to a source at the scene, the male driver was questioned by crews before being escorted, handcuffed, into the back of a police cruiser.