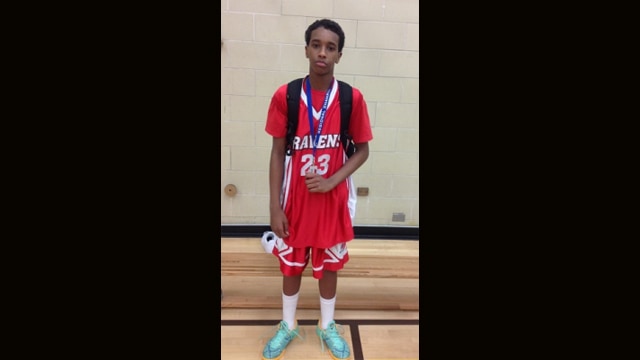 Police have arrested a 19-year-old in connection with the death of 17-year-old Toronto teen Sharmarke Farah (pictured above).

On Sunday, Feb. 7, 2016 at approximately 1:00 a.m., Peel police responded to a call in the Derry and Airport Road area in Mississauga regarding an altercation at a business establishment. When officers arrived on scene, they found Farah suffering from a gunshot wound.

He was rushed to a local hospital, but later succumbed to his injuries.

During the same incident, another shot (not the one that struck Farah) was fired at the victim’s group of friends.

On Jan. 26, investigators from the Peel police homicide bureau located and arrested Mahad Abdi in Chatam, Ont. with the help of the Chatham-Kent police.

Mahad ABDI, a 19 year-old male of no fixed address, has been charged with one count of attempted murder. He is being held and will appear at the Ontario court of Justice in Brampton on Friday January 27 for a remand hearing.

Investigators would like to speak to any witnesses who were in the area of Derry Road and Airport Road in the City of Mississauga at the time of the murder.