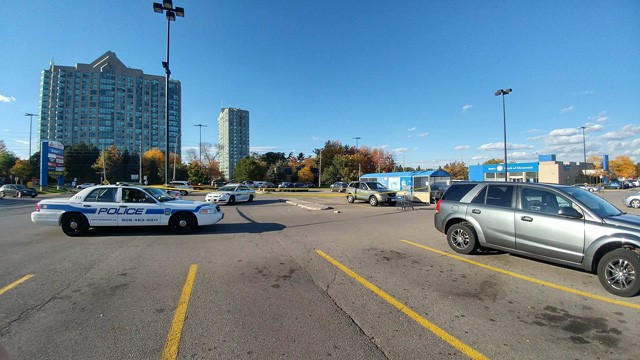 Peel police have apprehended a “man in crisis” in Mississauga.

Around 4:00 p.m., Peel police reported that police and EMS crews were on scene in the Erin Mills Parkway and Burnhamthorpe area to respond to reports of a “male in crisis.”

They tweeted that he was receiving the help he required.

‘A person in crisis has been apprehended and taken into custody,” confirmed Peel police Sgt. Josh Colley, who added that the man in question was suffering from a mental health issue.

Although police and emergency crews were on scene, the area was not closed off to residents.

Police are still on scene now, but there’s no need to avoid the area.

Police and EMS presence in the area of Erin Mills Pkwy/ Burnhamthorpe Rd. for a male in crisis- now receiving the assistance he requires.