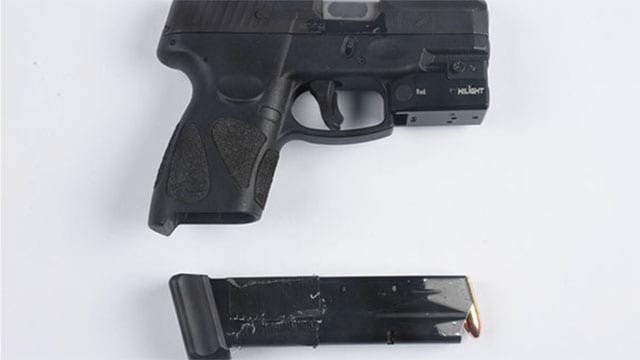 Peel police say that on Thursday, Aug. 6, 2020, officers investigated a vehicle in the Hurontario Street and King Street West area. According to police, the driver was arrested and officers allegedly located and seized a loaded firearm, drugs, and cash.

Police say the gun had an extended magazine with 20 bullets in it.

The accused was held for a bail hearing and will be transported to court on Au. 7, 2020.

The information is ongoing, anyone with information regarding this incident is asked to contact investigators with the 11 Division Criminal Investigation Bureau at (905) 453-2121 ext. 1133.