Poetry Slamming to The Finals 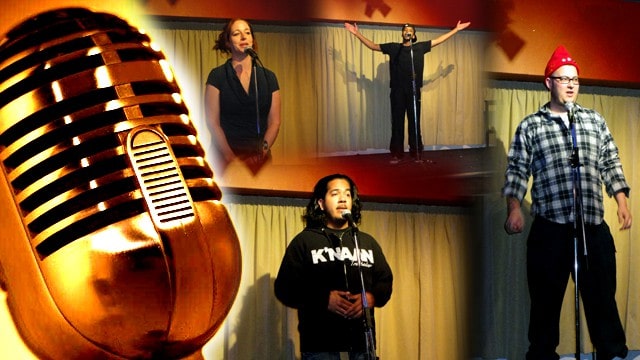 If you don’t know what a slam is, well you clearly have never been to our site, nor have you had the chance to experience what most would call a lyrical awakening.

For all you newbie’s a slam is a battle verse off. Where performers have three minutes, with a 10 second grace period, to dazzle the audience with their words and passion. Points are tallied based on 5 judges from the crowed who are picked at random.

Usually a competition would consist of a first round where all poets speak followed by a second round with the top 6 performances compete for points and the grand prize of $100. Points are then given to the top 5 of each event with first place gaining five points and last place gaining one point.

Since this was the last competition before the finals, host and co-found Matt Miller a.k.a Lip Balm, allowed all 8 poets to be eligible for both rounds. This allowed poets to not only up the competition, but let these versifiers try new and riskier pieces.

This proved to work well for Kareem Abdul Jabar a 19-year-old native of Mississauga who was one of the youngest performers of the night. Despite his young age he’s an old soul on the stage as his presence is cool, calm and collected, yet fierce with passion. Jabar’s first poem was an ode to the spoken word, and one he said was different from his usual topic and style. It seemed to pay off, however, as it earned him a 4th place final score and allowed him to move from 8th to 7th in the overall points for next month’s final slam. This win, however, does not guarantee Jabar a spot to compete in the finals, as only the top 10 point winners will be asked to perform. As of Tuesday there are a total of 15 point earners. Some top earners, however, will not be competing in the closed slam, either because they are already on a team or other obligations have priority.

This is the case for two-time winner and overall point’s leader Yogi. Winning his first ever slam last month and following suit this past month, it’s disheartening that such a talent will be opting out. The decision to so, however, could not be for a better reason. That is Yogi and his wife are expecting their second child. In fact his win this month was due to his poem about the birth of his son and the news of his new baby. Who can’t snap for that? With competition heating up in Mississauga and all other slamming communities, it will be interesting to see who makes what teams. Some of Sauga’s best might choose rival Burlington’s team over their hometown, while others have recently joined Toronto’s team this past week.

This could be the case for co-founder Miller. Though he started the slam in hopes of having his hometown represented in the Canadian Festival of Spoken Word, he knows that he can gain access to more competitions on a seasoned team. He assures Sauga natives, however, that this team, who will consist of 4 members and 1 alternate, will be one to look out for. There will also be no shortage of slams that this team will compete in. Before the team even goes to the Canadian Festival, which will occur in Saskatoon this coming October, they will compete in July’s Slamtario and the QEW Slam.

As to who will make the team next month, it’s anyone’s guess. Whatever the case may be, it should be a joyous and memorable night. It’s clear that poetry in the Saug is here to stay. So be sure to check it out Tuesday May 29, at Naughty Nadz, the new home of spoken word. 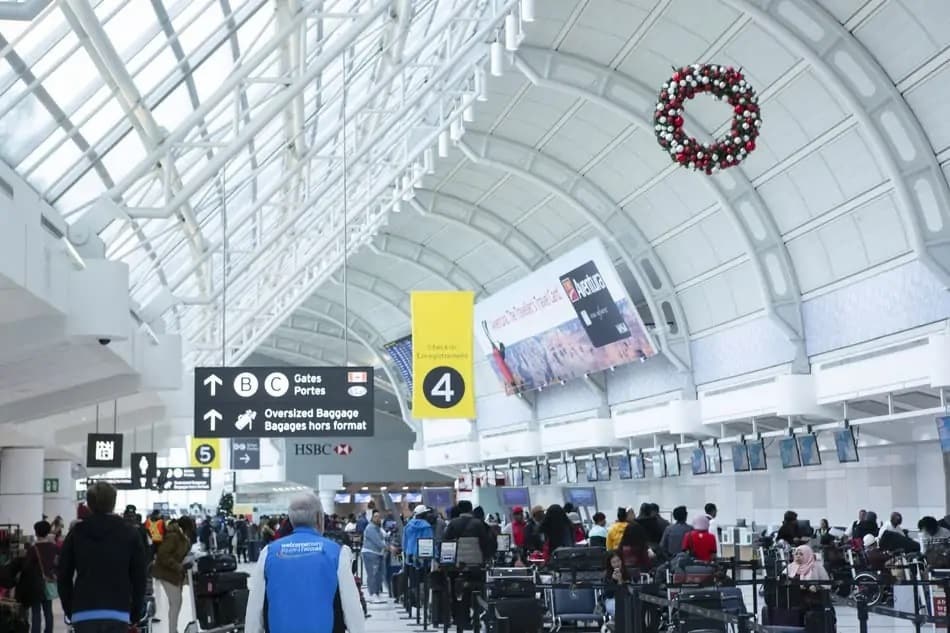 Mississauga garage goes up in smoke as crews battle housefire