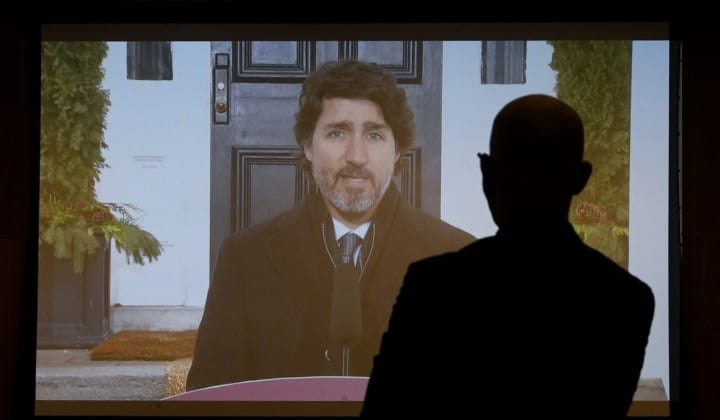 OTTAWA — Prime Minister Justin Trudeau will host a virtual cabinet retreat to plot strategy for the resumption of Parliament later this month in the midst of the raging COVID-19 pandemic.

The retreat will involve four one-day sessions over the next two weeks, starting Tuesday.

The Prime Minister’s Office says the retreat will focus on the government’s continuing efforts to manage the pandemic, including exploring ways to accelerate the rollout of vaccines.

But it will also look ahead to the eventual economic recovery and the minority Liberal government’s plans to invest billions in the fight against climate change, job creation, affordable housing, skills training and a national child-care program.

Parliament is scheduled to resume on Jan. 25 after a six-week break.

While Trudeau’s minority government was never seriously threatened with defeat last year, cross-party co-operation will likely be harder to maintain once the government unveils the 2021 federal budget — the first budget since the pandemic sent the federal deficit soaring into the stratosphere.