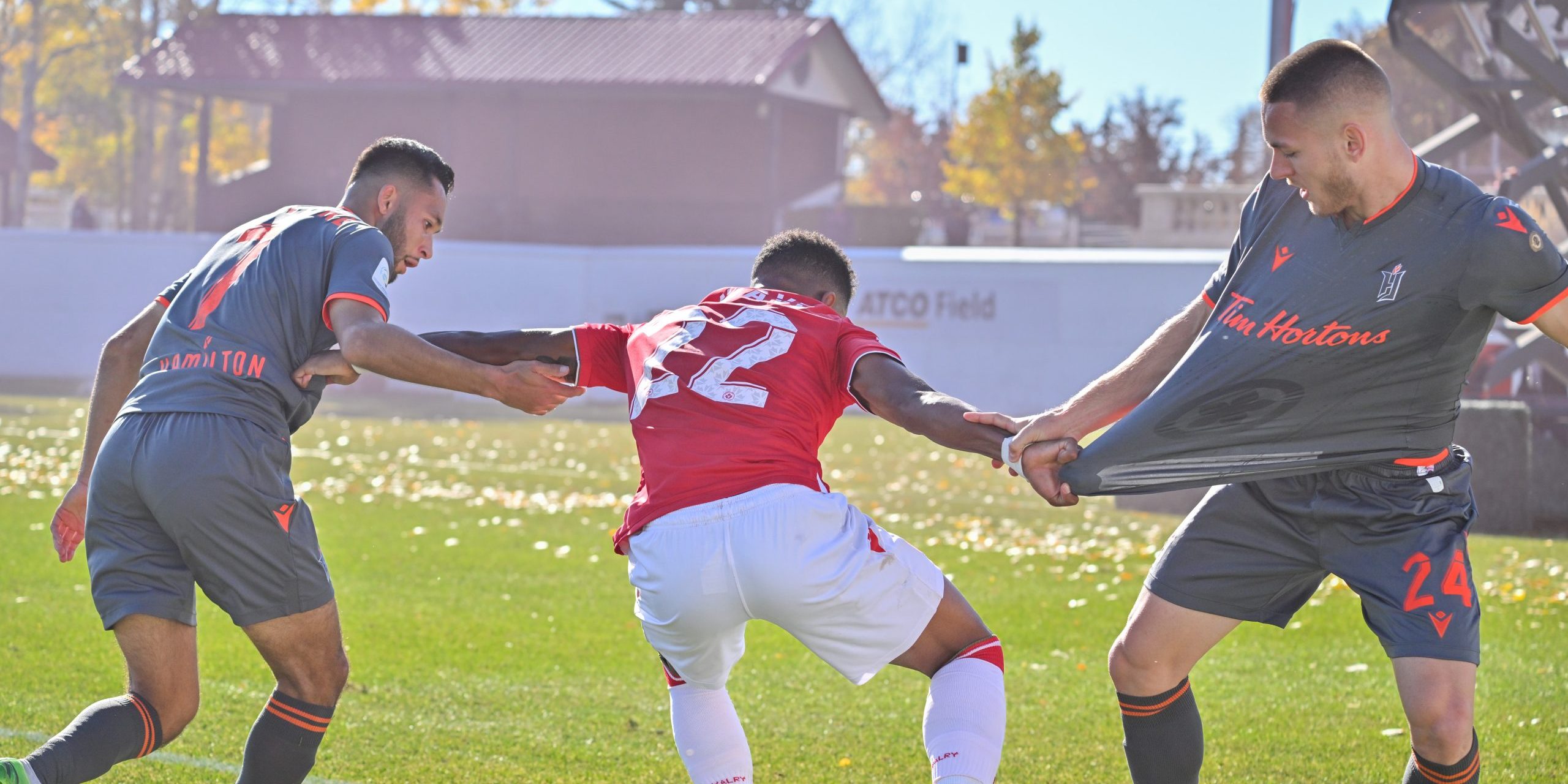 The objective could not be clearer for Forge FC ahead of the second leg of their Canadian Premier League Semi-Final against Cavalry FC — win, and the two-time champs will play in their fourth consecutive league championship.

The league, by the way, is only in its fourth season.

Forge and Cavalry played to a 1-1 draw in the first leg of their semi-final in Calgary last Saturday. After giving up the opening goal, The Hammers rallied early in the second half thanks to a Woobens Pacius header that found the back of the goal after a perfect set-piece delivery by captain Kyle Bekker.

“I think for us, it’s a good result after trailing in the first half — to come back, I think it’s a big result for us, especially away,” said Pacius after the opening leg. “Now, we just have to do the business at home in front of our crowd, and I’m pretty sure we’re gonna be able to do that.”

The draw in the first contest sets up a one-game match to determine who will play either Atletico Ottawa or Pacific FC in the CPL Final, and Forge will have a significant advantage on Sunday, Oct. 23, as the home side at Tim Hortons Field in Hamilton.

Forge finished the 2022 regular season tied for the most league wins (14) and with 47 points — two points less than Ottawa, which finished in first place. The club performed especially well at home, as has been the case since its inception. Forge has 26 CPL regular-season wins all-time to go along with six draws and ten losses.

The pitch at Tim Hortons Field is a favourite among coaches and players in the CPL due to its turf quality and extra-large dimensions compared to other league stadiums.

“The pressure’s on them now because they’re expected to beat us at their home,” said Cavalry coach Tommy Wheeldon Jr. following the draw. “Now, it’s just about winning in their house.”

“It’s not an easy place to go, but we actually strangely enjoy going there because it’s a bigger pitch, and it’s wide open, and it’s one of the better turf pitches in the league.”

All things being equal, the conditions in Hamilton are ideal for both clubs, two of the very few in the CPL this season that play an attack-minded style. However, Cavalry bucked the trend last week by sitting back and relying more on their counter-attack to juxtapose Forge’s desire to control ball possession.

Still, if history has taught us anything, fans in Hamilton are in for an all-time classic at Tims.

The reaction after the goal from our fans at the viewing party, hosted by the @BartonBattalion! 🧡#ForgeFC | #CanPL pic.twitter.com/UnOwCICJdT

Forge and Cavalry, considered the two flagship franchises due to their success (only Cavalry has a better all-time record than Forge) and player development, have played each other 19 times already. Forge have the edge with nine wins and four draws, but only one match has been decided by more than one goal.

As tightly contested as the matches have been on the scoresheet, the same can be said for the overall physicality of their matches.

The last time Cavalry and Forge met at Tim Hortons Field, a 2-1 win for the home side, the clubs combined for 25 fouls and nine bookings, with a player from each side being sent off.

Fans in Hamilton can expect more of the same on Sunday.

As Forge coach Bobby Smyrniotis succinctly put it: “One game to go to the finals.”

Tickets to the 4 p.m. semi-final are available at forgefc.ca/tickets.