Players from Whitby, Oshawa and Mississauga hoping for U18 World Cup spots at Ajax selection camp 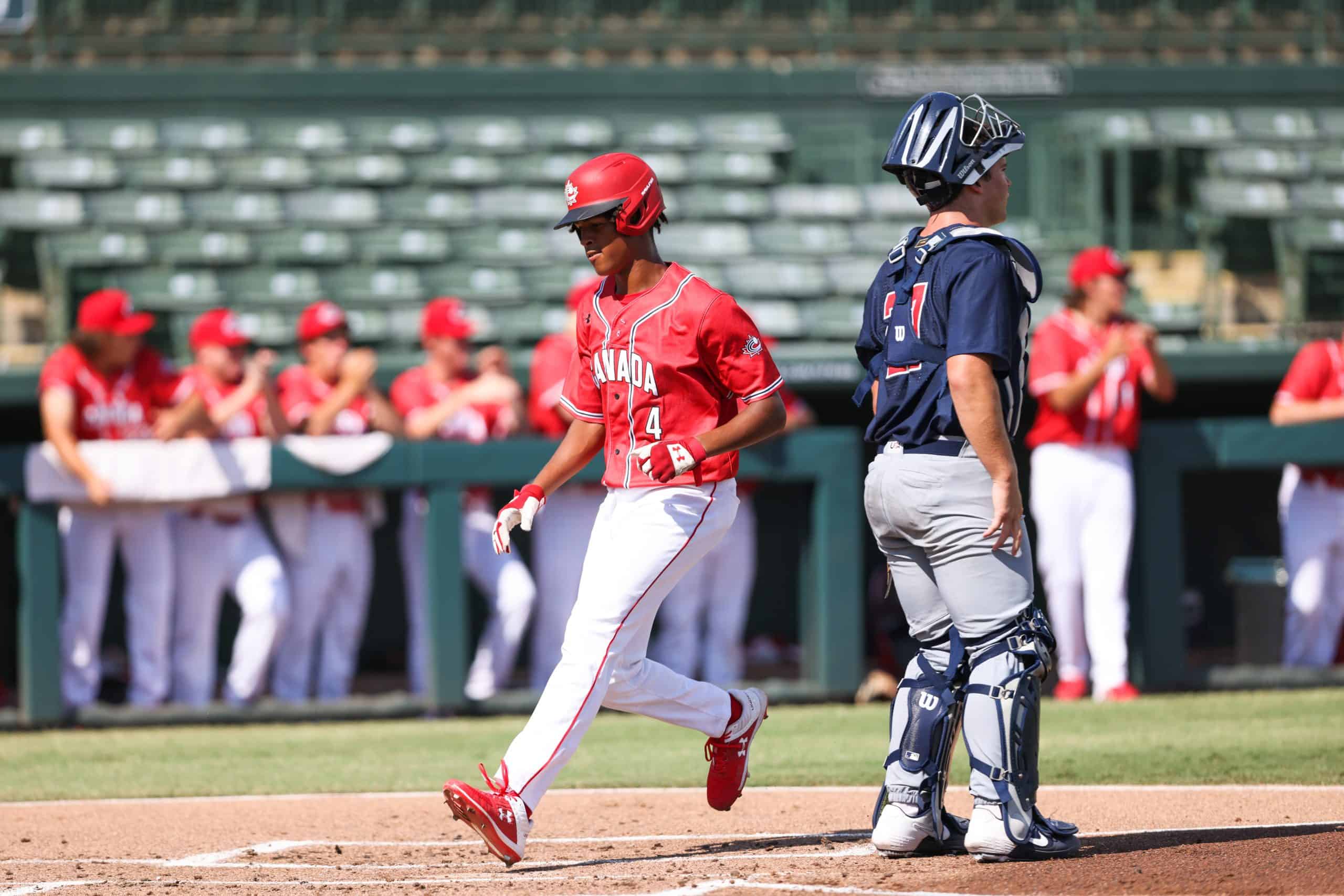 Two Durham Region players and one Mississauga infielder with major league family connections are among 24 athletes in Ajax vying for a spot on Canada’s U18 World Cup baseball squad.

Baseball Canada’s selection camp has been running since August 20 at the Ajax Sportsplex on Audley Road, the site of the baseball competition at the 2015 Pan Am Games.

Twenty players of the 24 invited to the selection camp – all of whom have participated in previous events with the Junior National Team program – will make the World Cup squad, which gets underway September 9-18 in Bradenton and Sarasota, Florida.

Durham players at the camp include Zak Szabo, a 6’3″ 215 lb RHP from Whitby and Keegan O’Hearn, a 6’4” 205 lb OF from Oshawa. Also at the camp is Myles Naylor, a 6’2” 200 lb 3B/SS from Mississauga, the brother of Cleveland Guardian star Josh Naylor and Noah ‘Bo’ Naylor, who plays for Cleveland’s AAA affiliate in Columbus, Ohio.

Myles Naylor was one of ten players who participated in the Friendship Series against Team USA in September 2021.

Selection camp will include daily practices in Ajax and a four-game series against a scout squad put together by the Toronto Blue Jays Baseball Academy.

Canada will open play at the WBSC U-18 Baseball World Cup on September 9 against Korea at LECOM Park in Bradenton.

NEWS: @baseballcanada announced the names of 24 athletes invited to the Junior National Team’s (U-18) Selection Camp set to take place in Ajax, Ontario where 20 players will be selected to represent Canada at the @WBSC U-18 Baseball World Cup