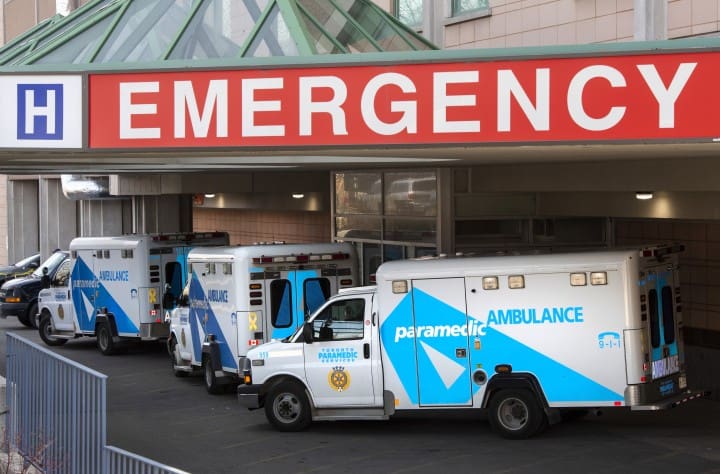 Ontario’s health minister says the province has not yet finalized the protocols to deal with who gets life-saving treatment should intensive care units get overrun with COVID-19 patients.

Christine Elliott says the province has not made any changes to indemnify doctors who may soon be put in the position of deciding who to give critical care to.

There were 501 patients with COVID-19 in ICUs across the province as of Tuesday, the highest its ever been, according to Critical Care Services Ontario.

In January, hospitals received a document laying out guidelines on how to deal with critical care triage, if there aren’t enough ICU beds.

Under those guidelines, patients are ranked on their likelihood to survive a year after the onset of critical illness.

Human rights advocates have criticized the process, saying it is inherently discriminatory, especially toward people with disabilities and seniors.

“There are some emergency protocols out there, however, we have not finalized any of that yet,” Elliott said.

At the moment, patients are being transferred from ICUs that are already over capacity to far-flung destinations across the province.

The Ontario Hospital Association said 88 ICU patient transfers were planned for this week in an effort to provide critical care to those who needs it.

The document sent to hospitals in January – titled “Adult Critical Care Clinical Emergency Standard of Care for Major Surge” – said patients will be scored by doctors on a “short-term mortality risk assessment.”

“Aim to prioritize those patients who are most likely to survive their critical illness,” the document noted.

“Patients who have a high likelihood of dying within twelve months from the onset of their episode of critical illness (based on an evaluation of their clinical presentation at the point of triage) would have a lower priority for critical care resources,” it said.

– Level 1 triage deprioritizes critical care resources for patients with a predicted mortality greater than 80 per cent.

– Level 2 triage deprioritizes critical care resources for patients with a predicted mortality (greater than) 50 per cent.

– At Level 3 triage, patients with predicted mortality of 30 per cent — or a 70 per cent chance of surviving beyond a year — will not receive critical care.

At this level, clinicians may abandon the short-term mortality predictions in favour of randomization, which the document noted is to be used “as a last resort” and should be conducted by an administrator, not by bedside clinicians.

The document was prepared by the province’s critical care COVID-19 command centre.