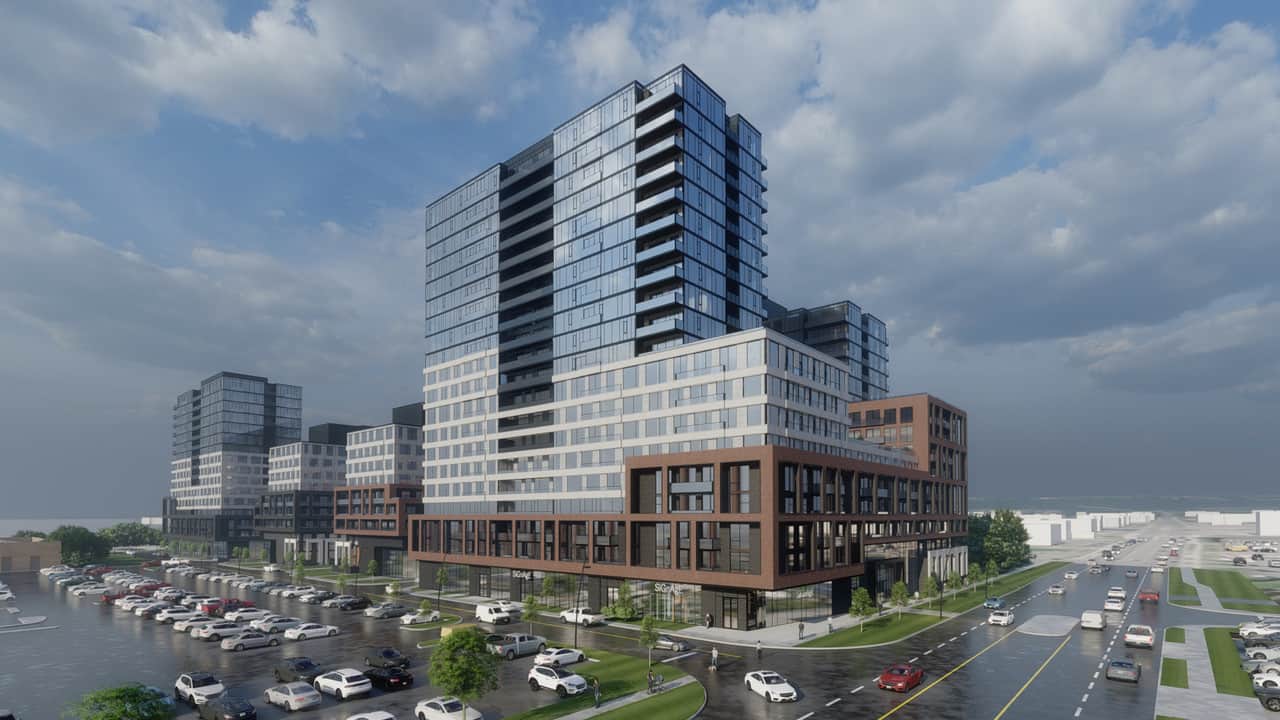 SmartLiving has applied to the City of Hamilton for a mixed-use development on a mostly-vacant 13-acre site at 200 Centennial Prkwy North (corner of Centennial and Barton St) in Stoney Creek.

Centennial Pkwy in Hamilton could see a significant redevelopment that would bring more than one thousand homes and several new commercial businesses to an underutilized piece of Stoney Creek land.

SmartLiving has applied to the City of Hamilton for a mixed-use development on a mostly-vacant 13-acre site at 200 Centennial Pkwy North (corner of Centennial and Barton St) in Stoney Creek. A fraction of the property is currently being used by a large plaza with businesses like Jysk, Burger King, and Food Basics.

Designed by Chamberlain Architects, the development would occupy approximately 45 per cent of the overall site, beginning with two mixed-use towers — 20- and 15-storeys — in its first phase. Phase 1B will consist of a 9-storey residential building; a 16- and 12-storey mixed-use building in Phase 2A; and a 9-storey residential building in Phase 2B. 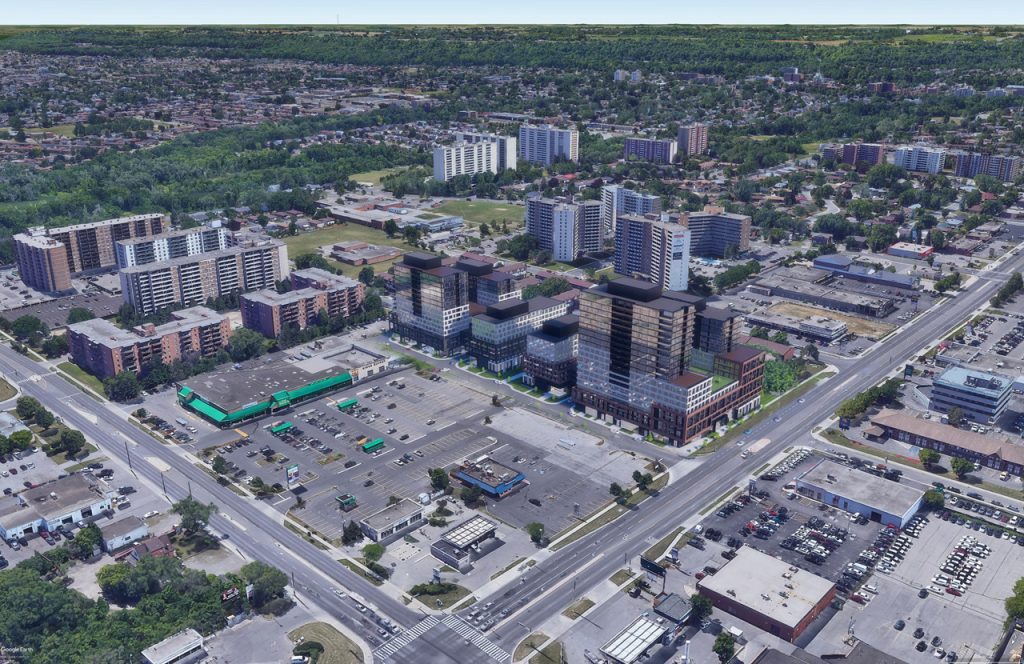 “All considered, the proposed development will redevelop an under-utilized site within Hamilton’s built-up Urban Area, assist in the transformation of the Centennial Node from a single-storey automotive-oriented built environment to a multiple-storey mixed-use area, and provide residential intensification along Centennial Parkway North,” according to GSP Group.

The group says the project will also “increase and diversify the available housing options in the Riverdale West neighbourhood as well as Hamilton overall, increase the day and night activity along Centennial Parkway North, optimize the use of existing municipal water and wastewater services, support existing transit… and support the significant transit investments planned for the Centennial Node, including train service at the Centennial GO Station and the LRT Eastgate Square terminus station.”

The proposed development would be located less than 1 kilometre between the Confederation GO and the future Eastgate Square LRT station.

According to GSP, the retail amenities currently occupying the northern portion of the overall site will remain. However, the retail buildings located within the proposed development area will be replaced gradually in phases by mixed-use buildings containing both residential and retail uses.

Take a tour of the site below. The development would essentially take over the portion of land to the north (right) of the plaza entrance from Centennial:

The City of Hamilton has accepted the high-density mixed-use rezoning application for the project to include residential units and buildings taller than 70 metres. Next up, public meetings will be held as required.

The development could get green-lit this summer.