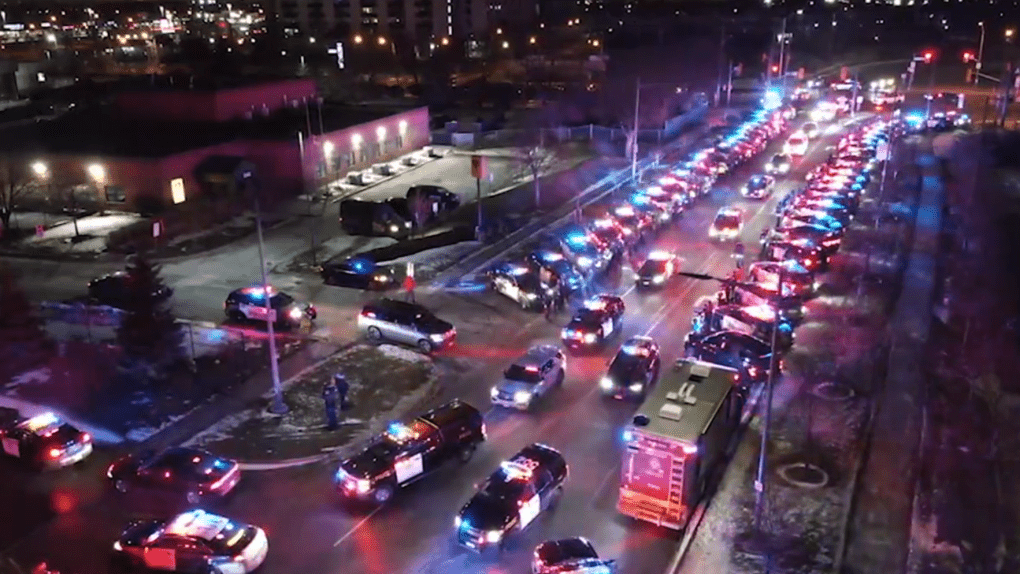 Early this morning, a large gathering of OPP and other police officers, first responders and community members stood together in solidarity as Provincial Constable Grzegorz Pierzchala made his way from West Haldimand Hospital to the Office of the Chief Coroner for Ontario in Toronto.

Pierzchala, 28, was shot and killed when he responded to a call about a vehicle in a ditch near Hagersville – his first solo call – on Tuesday and according to police “stood absolutely no chance of being able to defend himself.” 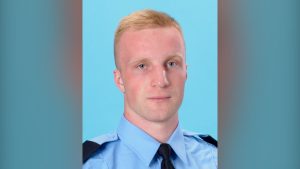 Randall McKenzie, 25, from the Mississaugas of the New Credit First Nation and Brandi Stewart-Sperry, 30, from Hamilton, are each facing first-degree murder in the shooting death of  Pierzchala.

In an update on Wednesday evening, OPP Commissioner Thomas Carrique said McKenzie had been banned from owning any firearm for life since 2018. Three years later McKenzie was charged with several firearms-related offences and assaulting a police officer. A warrant has been outstanding for his arrest since September.