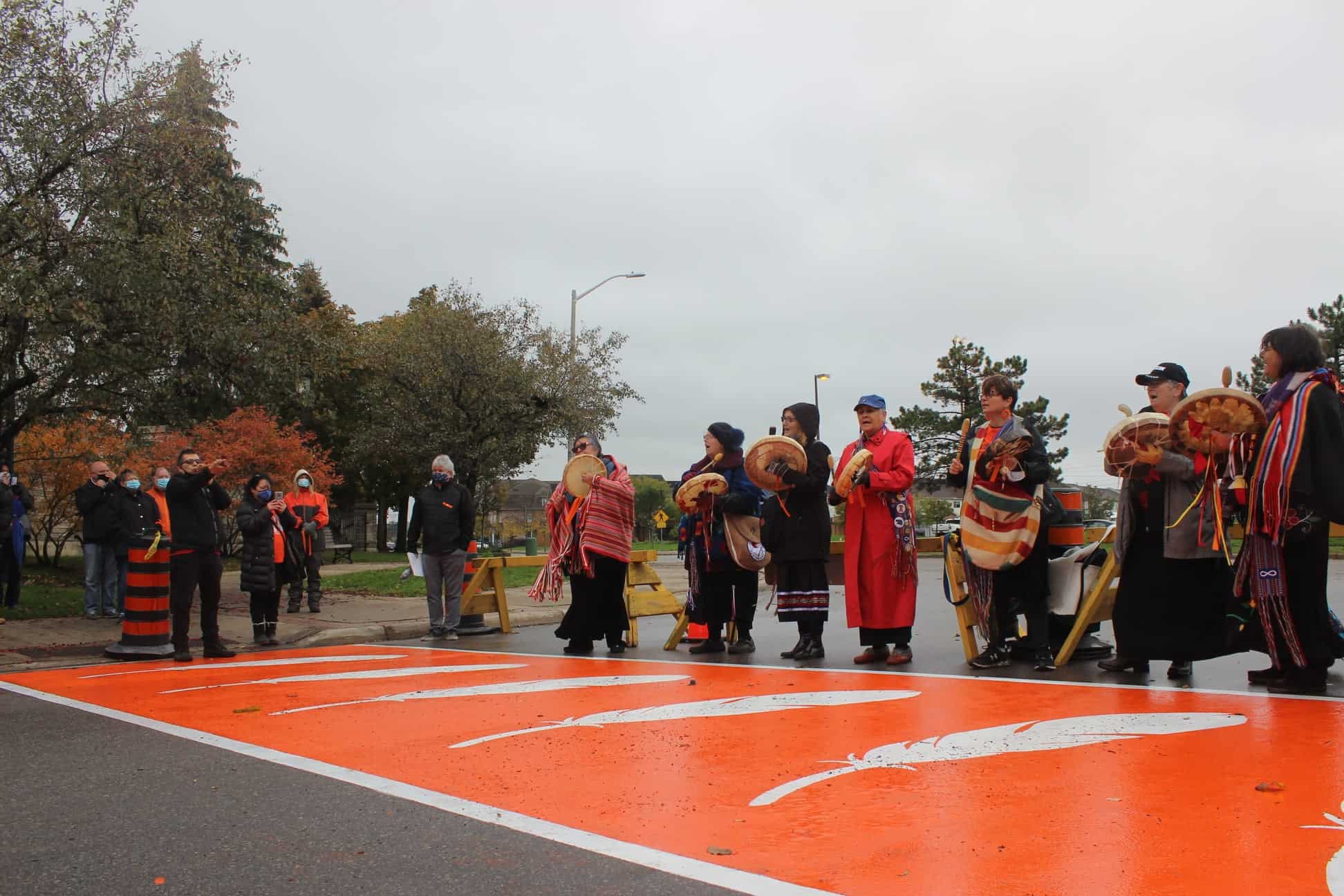 Just days after its official unveiling, the Orange Crosswalk at Valley Farm Road and The Esplanade in Pickering is being removed after suffering damage due to the weather.

Despite multiple coats of paint, the crosswalk has not been able to properly cure, resulting in “significant deterioration” of the surface since opening to pedestrian and vehicular traffic.

The crosswalk was created to honour indigenous communities affected by the residential school system and the decision to remove it and restore it in the spring was made in consultation with members of the Indigenous Relationship Building Circle.

Weather-proof signage near the original crosswalk will be installed to educate the public about the initiative.

The crosswalk was the first of its kind in Durham and Indigenous residents painted seven feathers on the crosswalk to reflect the Seven Grandfather Teachings of Love, Respect, Bravery, Honesty, Wisdom, Humility, and Truth.

The crosswalk reaffirms a community-wide commitment to advance reconciliation.