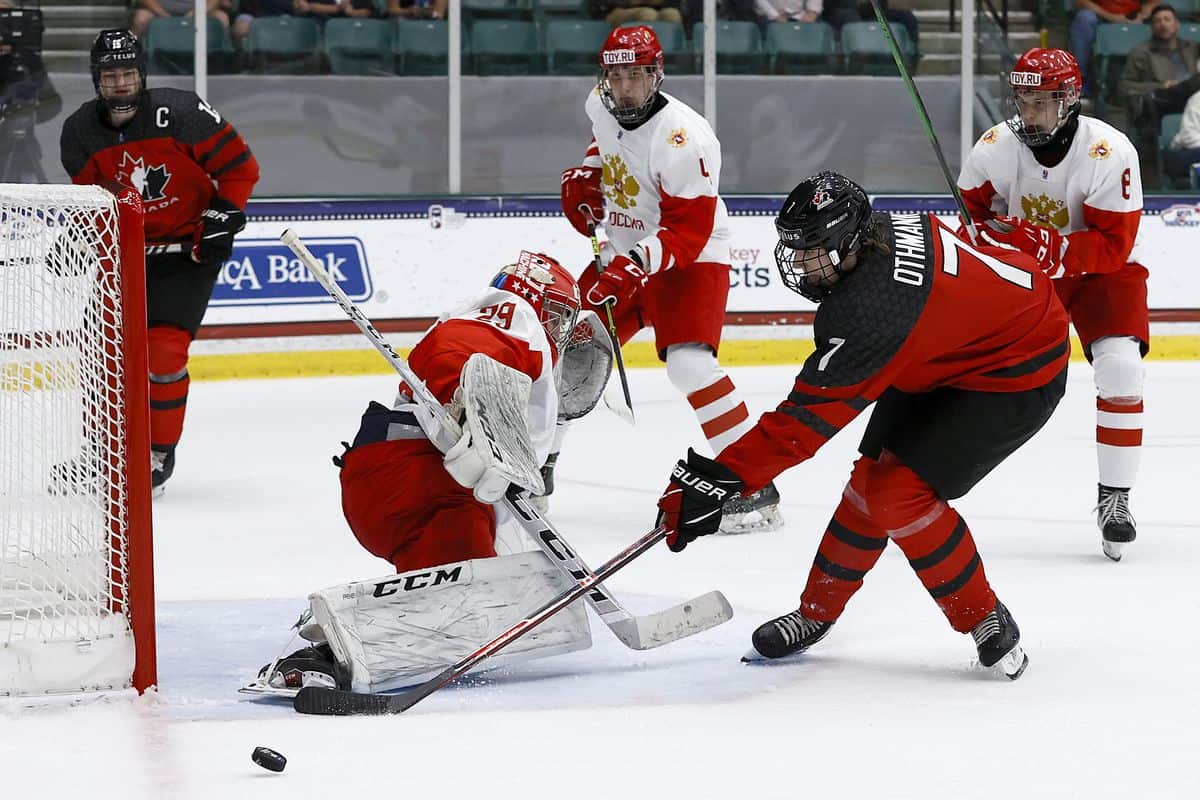 Pickering’s Brennan Othmann will suit up for Canada at the World Junior Hocky championships for the second straight year.

The left-winger, taken in the first round (16th overall) in last year’s NHL draft by the New York Rangers, had six points in six games during the re-scheduled event in 2021 (won by Canada) and went on to score 50 goals for the Flint Firebirds in league play.

This year the Firebirds captain was among the league leaders in scoring when he was traded to the Peterborough Petes. Othmann has 35 points (13-22) in 26 games this season.

The 19 year-old Othmann also represented Canada at the U-17 and U-18 levels.

Halifax, N.S. and Moncton NB are hosting the World Juniors this year, which open Boxing Day when Canada plays Czechia.