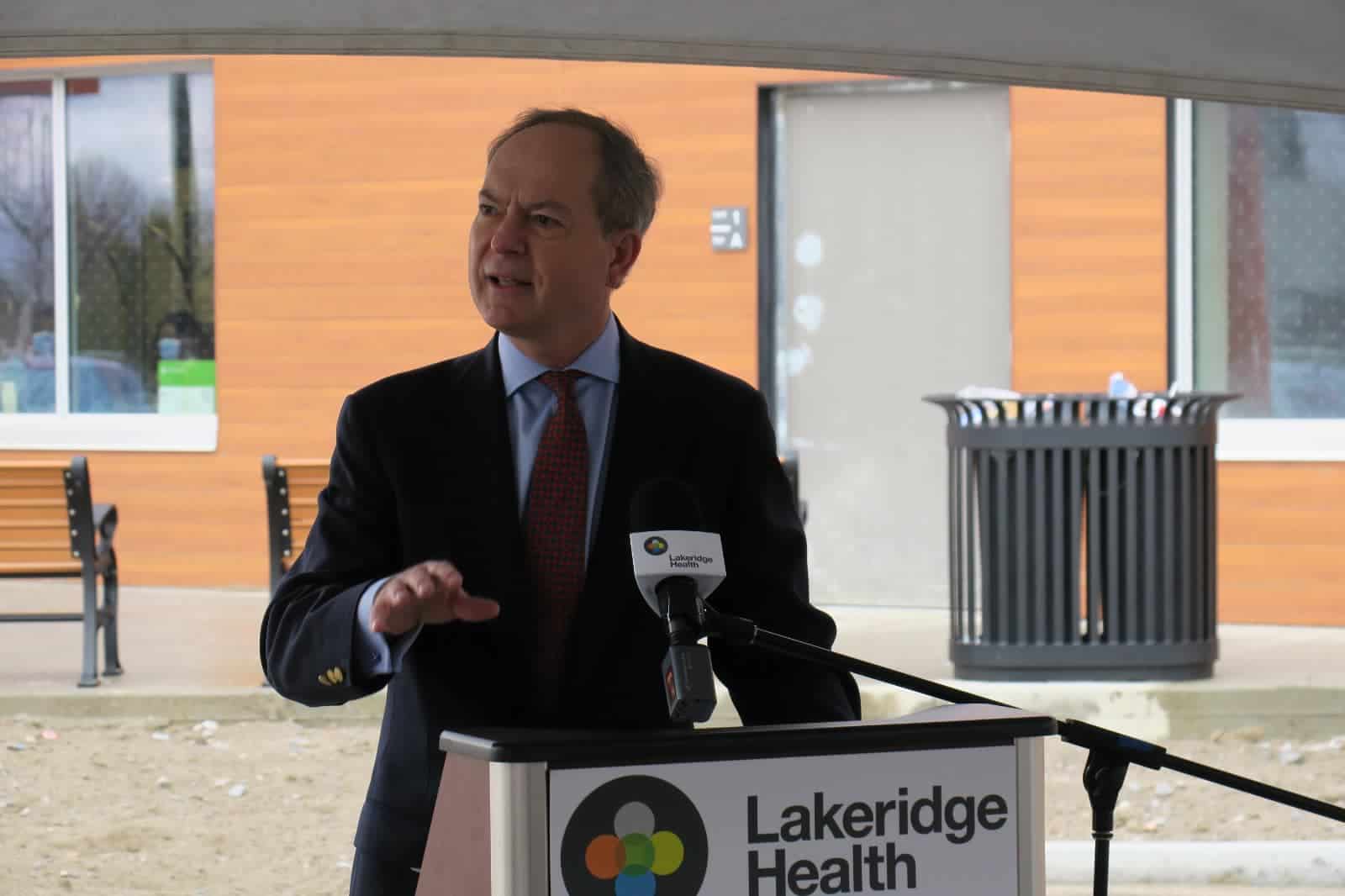 Bethlenfalvy at the ribbon cutting ceremony of Lakeridge Gardens in Ajax days before testing positive for COVID-19.

Bethlenfalvy showed symptoms the morning of March 31 and took a rapid test, which came back positive. He says he will be following public health guidelines and working from home for the next five days.

After showing minor symptoms this morning, I took a rapid test and have tested positive for COVID-19. I will be following all public health guidelines and working from home.

A businessman by trade, Bethlenfalvy entered the political arena in 2018 when he ran for the Pickering-Uxbridge seat. The riding had been newly carved out of three surrounding Durham area ridings, making Bethlenfalvy the first MPP of the area.

Premier Doug Ford appointed him to the Ontario Treasury Board right after the election. Following Ajax MPP Rod Phillips’ resignation from the Finance portfolio following his health-order-breaking vacation to St. Bart, Bethlenfalvy was tapped to replace his neighbour as Minister of Finance on December 31, 2020.

Then on March 28, he toured a school with Ford and Education Minister Stephen Lecce to promote Ontario’s signing on to the Federal $10 a day daycare plan as the last province to do so, meeting numerous unmasked children in a classroom.

Ontario has reached the right deal for families:

We will cut fees immediately, average 50% savings this year!

Excited to attend the @oscaschools Premier’s Cricket Cup last night in #brampton with @fordnation, @PrabSarkaria, @Sflecce, @sandhuamarjot1 and @patrickbrownont. It was great to celebrate so many young, enthusiastic athletes! pic.twitter.com/8PBLp9XuTr

The next day, March 30 made announcement in Queen’s Park alongside Minister of Housing Steve Clark and Consumer Services Minister Ross Romano.

Durham Region and its constituent municipalities have ended their states of emergencies in recent days. However, COVID-19 is on the rise again in Ontario, ten days after masking and social distancing orders were lifted.

Wastewater sampling indicates an incoming, or ongoing sixth wave of COVID-19. Case in Durham Region tripled on March 30 over the previous day, with 175 new cases reported.  Numbers remained high March 31, but dipped slightly to 153, with 614 active cases now across the Region.

Across Ontario 807 people are in hospital with COVID-19, 166 of whom are in the intensive care.