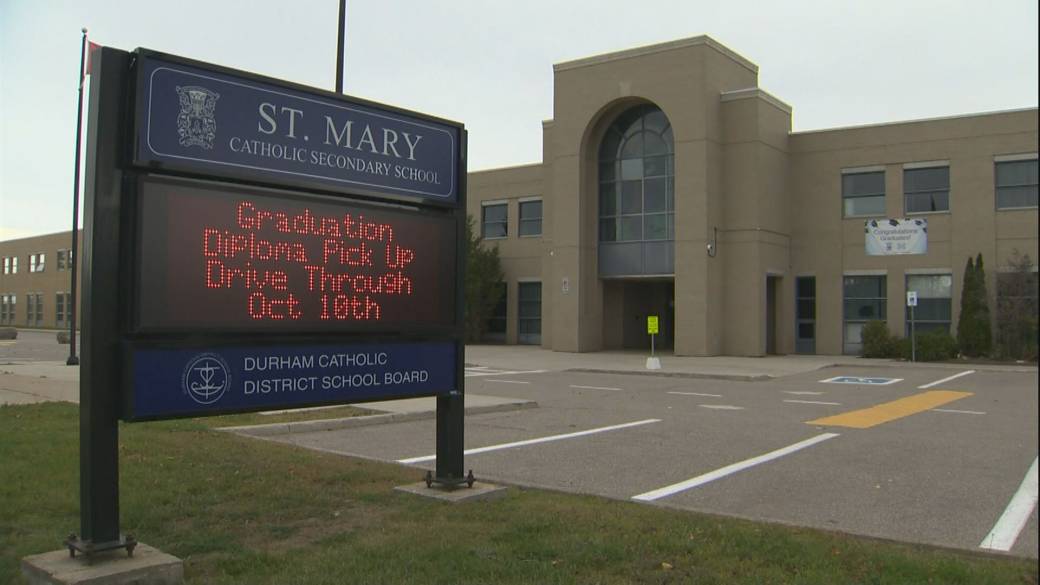 A teenager from Pickering was arrested after allegedly bringing a loaded gun to his high school.

Durham Police officers were already at St. Mary Catholic School on Whites Road in Pickering for what police say was an unrelated investigation when they found the gun on the student November 9.

The teenager, who police did not describe, has their identity protected by the Youth Criminal Justice Act.

They are charged with carrying a concealed weapon, and numerous possession-related offences, including lacking a firearm license.

The teen will remain in custody until a bail hearing.