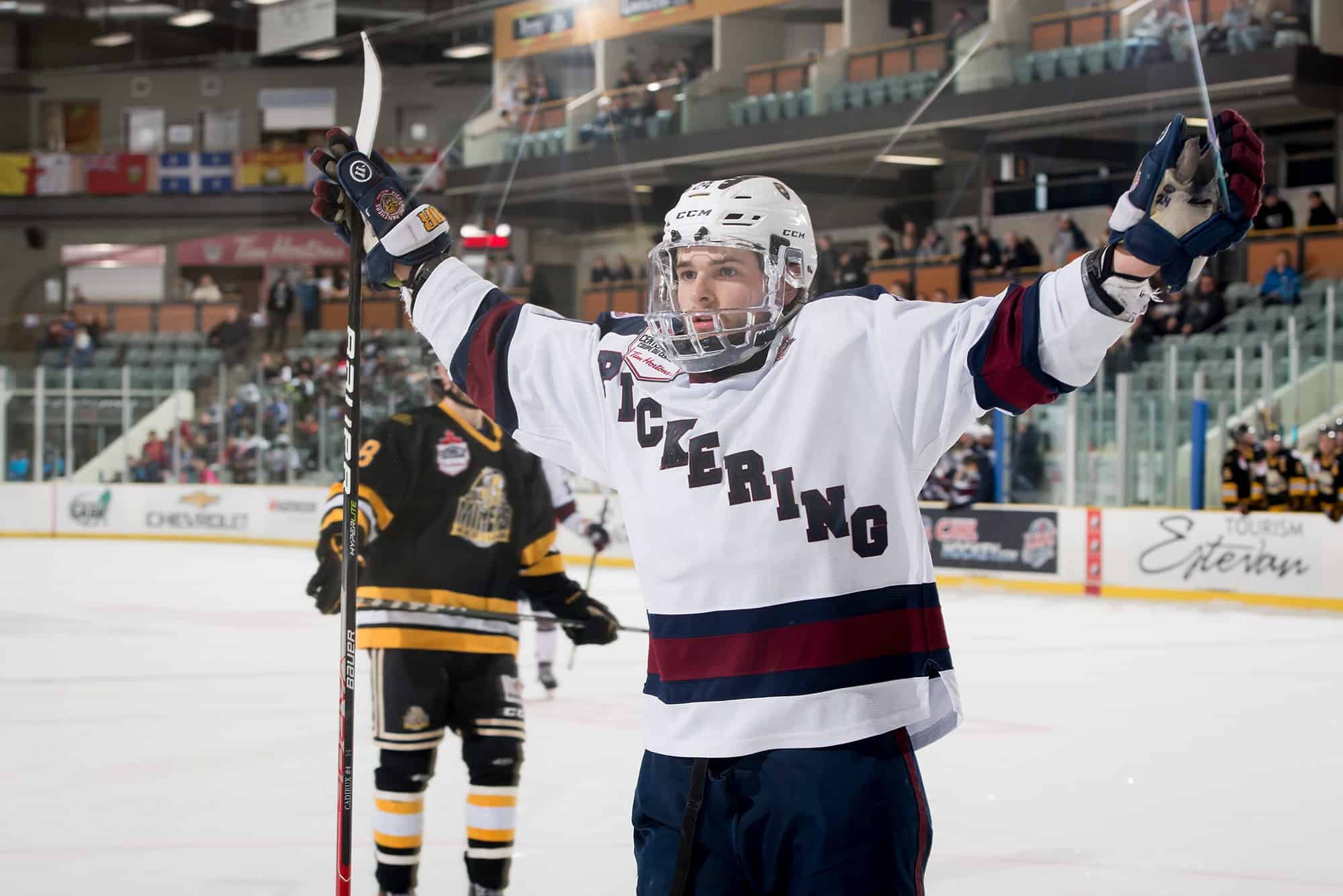 Summerside earned a dramatic win to clinch a playoff spot, Dauphin wrapped up top spot in Group B and Brooks finished perfect as the Centennial Cup prelims came to a close in Estevan, Saskatchewan Wednesday.

More importantly for the Pickering Panthers (3-1), who wrapped up their round-robin portion of the games Tuesday, they now know who they must face Friday in the quarter-final: Flin Flon. Six p.m. ET.

Summerside’s last minute goal secured the club a playoff spot; the subsequent overtime winner over Ottawa pushed Flin Flon to third and Dauphin’s 6-1 victory over Soo slotted the PEI team into second in Group B and a date with Group A third-place squad College Francais de Longueuil. 9:30 p.m. ET.

In the final game of the preliminary round, top dog Brooks, who spoiled Pickering’s then-perfect record with a 9-1 thrashing Tuesday, blanked the host Estevan Bruins 4-0.

Brooks gets a bye to semi-final Saturday, where they will play the Summerside-Longueuil winner, while Dauphin will face the Pickering-Flin Flon winner in the other game. The Centennial Cup championship match will be Sunday.

TSN and RDS, Hockey Canada’s official broadcast partners, will broadcast the championship game at 6 p.m. ET/3 p.m. PT on May 29, with all playoff-round games livestreamed at HockeyCanada.ca.

Brooks and Pickering players dominated the top scorers list, with Bandit star Ryan McCallister – the Alberta league’s top scorer this season, finishing first with 13 points, followed by Dustin Hutton of the Panthers with 12. Longueuil’s Owen Stammer – the goal scoring leader with six and the only non Bandit or Panther in the top nine – and Pickering’s Jacob Partridge each had ten points in four games.

TJ Hughes, Devin Phillips and Boston Buckberger of Brooks and Ian Martin and Elijah Pilosof of Pickering all finished the preliminary round with eight points in four games.

Carson Cherepak of Dauphin is the tournament’s top goalie at this stage, leading all netminders with a sparkling 0.98 GAA and a spectacular .968 save percentage.