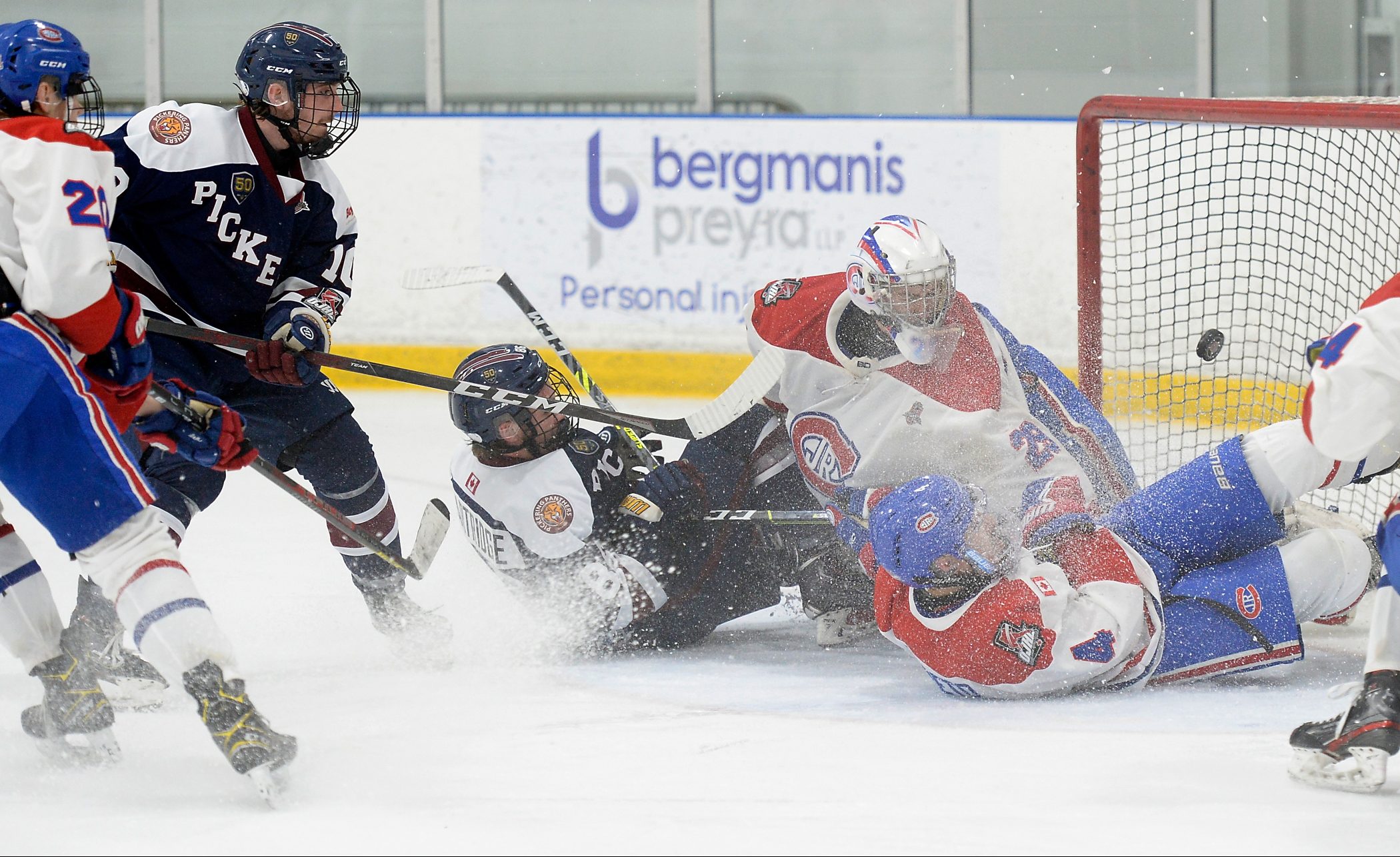 The Pickering Panthers are one win away from a Buckland Cup championship – and a trip to the Centennial Cup national tournament – after a thrilling 2-1 double overtime win over the Toronto Jr. Canadiens Tuesday night.

Dustin Hutton was the hero in this one supplying the winner at the 8:29 mark of the second extra frame. Ethan Doyle had tied the game in the second after Cooper Bertrand had drawn first blood for the Canadiens earlier in the period.

The victory at Scotiabank Pond at Toronto’s Downsview Park was Pickering’s third straight after dropping the first two games of the series and put the club in the position to win their first league championship since 1986 on home ice Friday night.

Zach Roy made 43 saves in the Pickering crease as Toronto outshot the Panthers 44-40.

In other Pickering Panther news, Head Coach Rob Pearson, an Oshawa General and Toronto Maple Leaf alum and the OJHL’s Coach of the Year, is one of six finalists for the Darcy Haugan/Mark Cross Memorial Award given to the national Junior ‘A’ coach of the year.

Coaches Haugan and Cross were among those who died in the 2018 Humboldt Broncos bus tragedy.