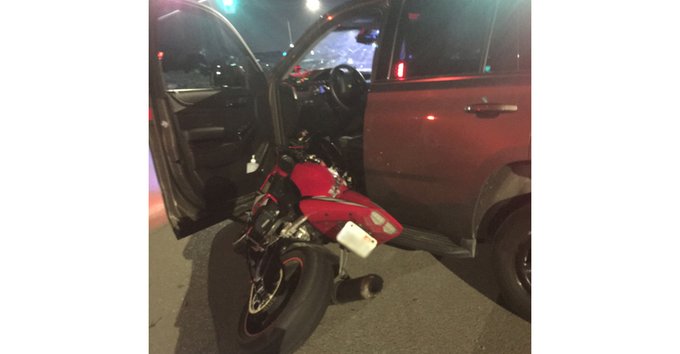 A 22-year-old Pickering man faces a slew of serious charges following a car meet in Whitby on Thursday evening that left a police officer with minor injuries.

At about 11:00 p.m. on Canada Day, officers responded to reports of a car meet at South Blair Street and Water Street. En-route they were notified of three un-plated motorcycles heading westbound on Victoria Street towards Brock Street. The motorcycles were observed to be driving dangerously.

The suspect fled on foot but was taken into custody a short time later with the assistance of the K-9 unit and other responding officers.

Bailey Grimes is charged with Dangerous Operation of a Conveyance; Flight From Peace Officer; Assault With a Weapon; Assault Peace Officer; as well as eight Highway Traffic Act Offences including Racing. The motorcycle was impounded for 14 days.