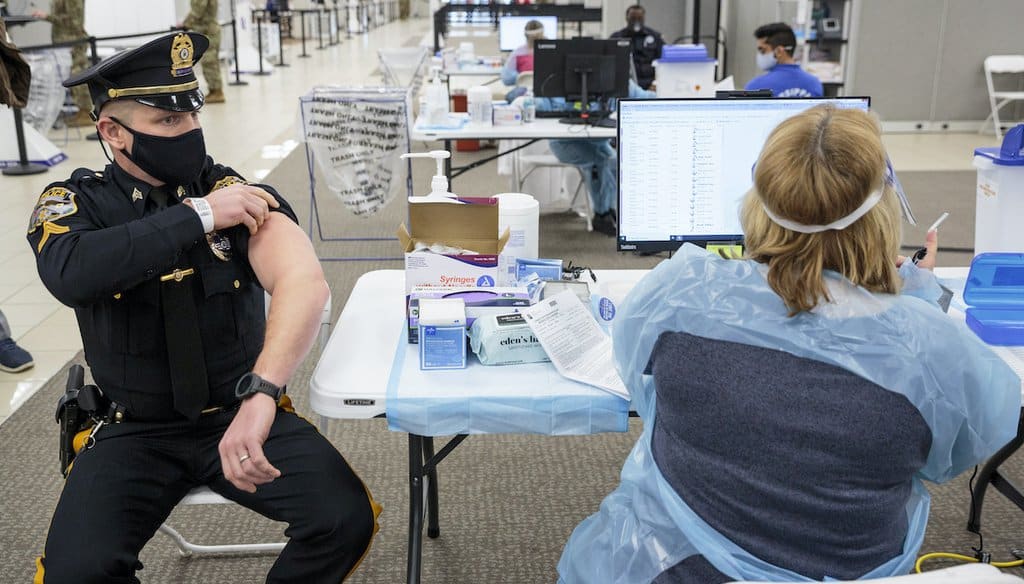 Durham Region Police reported that 23 per cent of their officers and civilian workers have not disclosed their vaccination status past a November 15 deadline to do so.

Officers and civilians not fully vaccinated by January run the risk of being deemed unfit for duty.

“That seems like a high number based on the Durham as a whole numbers,” said Pickering Councillor Kevin Ashe, “which is concerning to me.”

To Ashe’s comparison, 84 per cent of total eligible Durham residents are fully vaccinated.

Interim Chief Todd Rollauer is “well aware” of numerous unvaccinated officers who are worried about an enforcement strategy. He also noted however that he has received numerous messages from officers thinking everyone on the service should be vaccinated.

“Whatever happens there will be members who are disappointed or angry,” Rollauer said, “but this is about the collective good.”

The Durham Police Board instructed Rollauer to create a vaccination strategy for officers and civilian staff in their meeting on October 19.

According to Port Perry Mayor and board chair Bobbie Drew, the move prioritized the health of officers and members of the public they interact with. Legal repercussions, Union perspectives, and the Region’s vaccine policy were also major considerations.

Maiorano said the COVID-19 pandemic has always been an “emerging environment,” describing ever-changing legislation, arbitration and other factors. He said DRPS has been “agile and responsive,” taking quick steps to minimize dangers to members, such as single officer cars, and removing front desk workers.

The Durham Police Services Association has worked in concert with management to develop the strategies. Through an “open and active” dialogue, per Maiorano, the union brought forward concerns about reporting and information storage.

The treatment of symptomatic officers was one of the major topics for discussion between DRPS and the association. Since the pandemic began 25 civilians and zero officers have exhibited symptoms.

DRPS recommends that unvaccinated members deemed unfit for duty will not be able to draw from the sick day bank. They’ll have to draw either from unpaid leave or their own banked days off. “The purpose is not for members not to be paid,” Maiorano said. Instead, he said, Durham Police is trying to engage and educate through an online vaccine portal.

Unvaccinated members will also have to foot the bill for regular COVID tests conducted every 72 hours. Costs of the testing could range between $150 to $200 a month, according to Maiorano. He stressed that this decision is consistent with similar police services.

Maiorano said DRPS was “confident” their approach is “measured and managed” and comparable to other police services.

The first phase of Rollauer’s vaccination plan is to assess the vaccination status of members. With this underway, the next step is a second “immunization support” phase. DRPS is engaging with officers and civilian employees through education sessions. This will run until January 7 when unvaccinated members who don’t submit to testing will be declared unfit for duty.